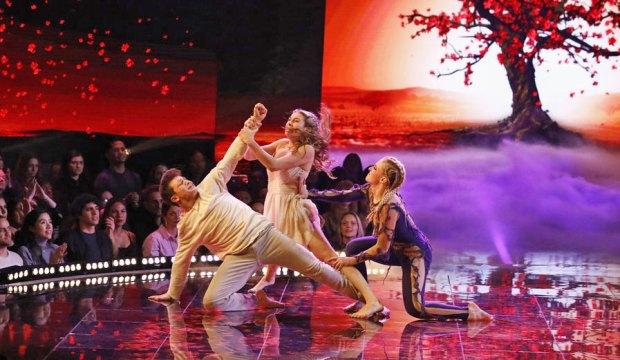 “World of Dance” is down to its final four contestants heading into tonight’s season four finale: salsa duo Jefferson y Adrianita, tutting trio Geometrie Variable, fusion dance crew Oxygen and contemporary trio MDC 3. So who deserves to win? The series is pre-taped, and results are decided solely by judges Jennifer Lopez, Derek Hough and Ne-Yo, but we asked our readers who they’d vote for if they had a say. Scroll down for our complete poll results.

Tonight’s season finale looks pretty wide open, as opposed to last year when The Kings seemed like strong front-runners from the very first round. Consistent with that, no one in this season’s final four got a majority of the vote from the fans we polled, but the most support went to MDC 3, who also happen to be the only Junior Division act to reach the finale; their three rivals are age 18 and over. They got almost half of the vote from fans (42%) after routines that showed off their athleticism, storytelling chops, and emotional connection to their music. They’d also be the first contemporary act ever to win the show.

They’re followed by Oxygen with 34% of the vote. Oxygen were almost eliminated during the Duels, but fought their way back and have proved their mettle ever since. Jefferson y Adrianita are third with 15%, followed by underdogs Geometrie Variable with 9%. Of course, our readers are voting based on the performances we’ve seen from these dancers so far. None of those dances count when deciding the winner, just the performances given during tonight’s World Final, and that could change everything.

Of the final four, the highest scoring act from the Semi-Finals was MDC 3 with an average of 96.7. The lowest was Geometrie Variable with an average of 94.0. So less than three points separated these contestants. That means there’s not a lot of room for error, and it also means that this may be the most closely contested “World of Dance” finale yet. Anyone could win, though going into tonight’s show our readers would slightly prefer if the youngsters took home the title. 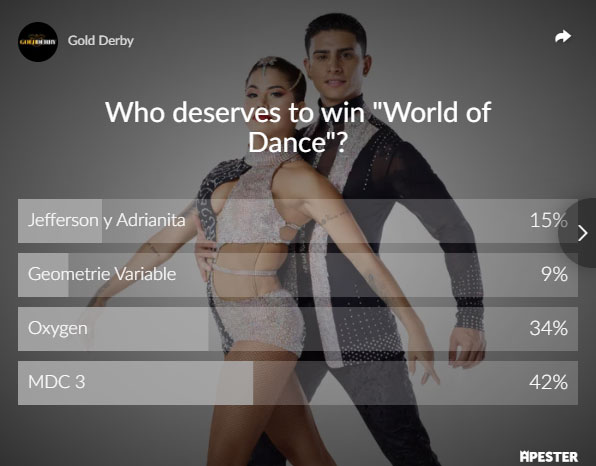