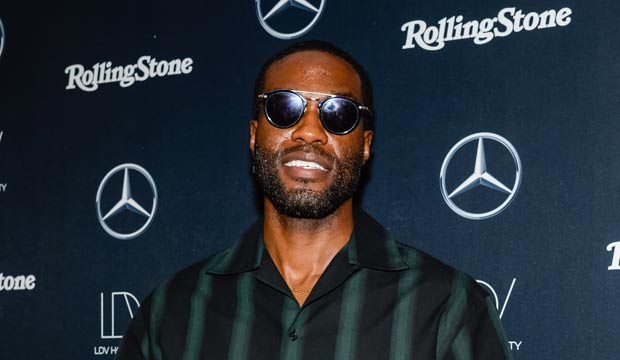 “Watchmen” had such a major reception at this year’s Emmys that it is taking up half the category in Best Limited Series/Movie Supporting Actor. Before the nominations, Tim Blake Nelson was the presumed winner here but he was shockingly overlooked in favor of his three costars, Yahya Abdul-Mateen II, Jovan Adepo and Louis Gossett Jr. Prognosticators are now agonizing over which of the three actors might win the Emmy, or if it will be Jim Parsons or Dylan McDermott for “Hollywood” or Tituss Burgess for the “Unbreakable Kimmy Schmidt” interactive special.

In what feels like a very open race, I am sticking my neck out for Abdul-Mateen. Voters clearly watched the HBO limited series all the way to the end considering his big showcase was in the penultimate episode, “A God Walks Into Abar.” Here are four reasons why I believe Abdul-Mateen can pull away from the pack and win his first Emmy on his first nomination.

1. “Watchmen” is expected to dominate

After performing very well at the Creative Arts Emmys, many expect “Watchmen” to dominate on the main telecast including Best Limited Series, directing, writing and even the acting categories. Being in the most nominated program of the year automatically boosts the chances of all three of Abdul-Mateen, Adepo and Gossett. With Abdul-Mateen sharing so much screentime with star Regina King, who is expected to win in Best Limited Series/Movie Actress, he could have a bit of a leg up over his costars, for voters who really take to that central relationship at the core of “Watchmen.”

2. “A God Walks Into Abar” already won an Emmy

At the Creative Arts Emmys, “A God Walks Into Abar” was nominated for Best Limited Series/Movie Picture Editing alongside two other “Watchmen” episodes: the pilot, a.k.a. “It’s Summer and We’re Running Out of Ice” and the widely acclaimed episode “This Extraordinary Being.” It would have made sense for the latter two to win this category considering both episodes are nominated in other categories including Best Directing, but “A God Walks Into Abar” emerged victorious. While it is a different branch of the academy voting for actors, it does bode well that Abdul-Mateen’s showcase won over Adepo and Gossett’s.

SEEWatch out for ‘Watchmen’ star Jeremy Irons at the Emmys: He almost never loses

The Emmys are trending more towards newer actors in the Limited Series/Movie categories in recent years, like Riz Ahmed and Jharrel Jerome. Abdul-Mateen could fit that mold this year, not only having acclaim for “Watchmen” but co-starring in hit films like “Aquaman” and “Us.” He is also going to be in “The Trial of the Chicago 7” in October, which some expect to be an awards contender. While voters do love their veterans, this recent pattern of younger actors winning Emmys should be considered, too.

4. There is a transformative aspect to his performance

Awards experts know by now to never underestimate how much actors love to reward other actors who transform as part of their performance. Abdul-Mateen is not only transforming but playing different shades of his character in “Watchmen.” As Cal Abar, he is a loving and protective husband, but as Doctor Manhattan, he is distinctly less human, a supernatural being who is experiencing time all at once. If voters watched the entirety of “Watchmen,” especially “A God Walks Into Abar,” it may be difficult to resist voting for the actor, considering all the layers he is tasked with portraying.