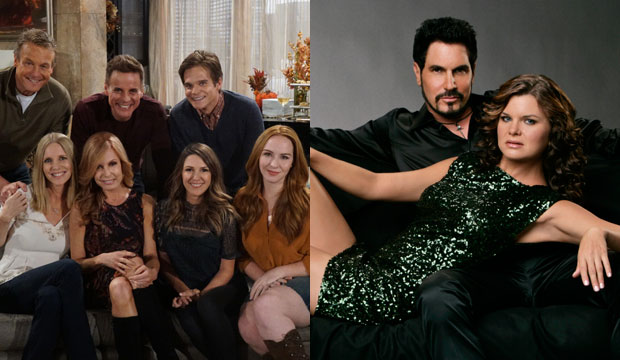 The coronavirus pandemic has shut down productions all over the entertainment business. That includes daytime soap operas, whose stockpile of taped episodes is running out. “General Hospital” has decided to stretch its inventory by airing classic episodes on Fridays. As for CBS’s sister shows “The Young and the Restless” and “The Bold and the Beautiful,” those shows have a similar strategy. After new episodes run out on Thursday, April 23, the series will run classic episodes based around specific characters and themes.

Starting on Monday, April 27, “Y&R” will dip into its archives for a week of shows celebrating the legendary Jeanne Cooper, who played formidable businesswoman Katherine Chancellor for 40 years from 1973 until 2013, the year the actress died at the age of 84. Between 1989 and 2009 she earned 10 Daytime Emmy nominations, but she didn’t win until her ninth try in 2008. She was also honored with a Lifetime Achievement Award in 2004. The first week of classic “Bold and the Beautiful” episodes will flash back to on-location shoots in Monte Carlo from between 2013 and 2017.

CBS’s Executive Vice President of Current Programs Amy Reisenbach said in a statement, “It’s incredibly fun to offer fans an opportunity to look back at such memorable moments from ‘Y&R’ and ‘B&B.’ Both of these shows have extraordinary legacies, and these specially curated episodes are only a small portion of what we hope to be able to present in the coming weeks.”

SEE‘He’s baaaaaack!’ Brandon Barash (‘Days of Our Lives’) sings a song about Stefan sauntering back into Salem again soon

“Days of Our Lives” is the only soap opera that won’t have to worry about running out of episodes in the near future. It films so far in advance that it won’t air its last episodes until this fall. The irony is that soap operas are running out of content right at the time when more people are at home to watch them than there have been in a generation. These could be “dangerous” times, as “Days” and “GH” star Wally Kurth recently pointed out, remembering the last time soaps were preempted for a long period of time during the televised O.J. Simpson murder trial in the 1990s. So if you’re a fan of soaps, you might want to walk with “Y&R” and “B&B” into the past to make sure they have a future.