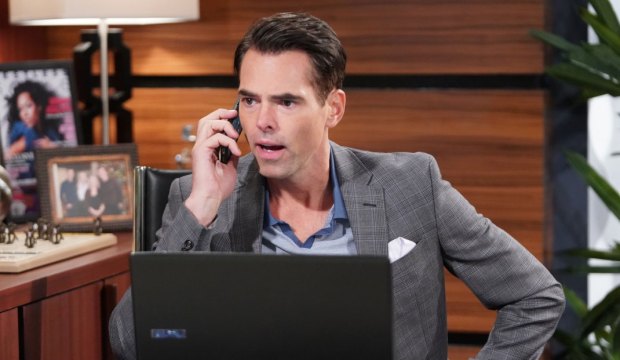 “The Young and the Restless” was the big winner at the 47th Annual Daytime Emmy Awards, which were presented on Friday night, June 26, during a special socially distanced virtual telecast out of continued precaution due to the ongoing COVID-19 pandemic. The top-rated CBS soap won Best Drama Series for the 11th time, which is just two shy of the all-time record held by “General Hospital.” Check out the complete list of winners here.

“Y&R” also won Best Actor (Jason Thompson, his first win in six nominations), Best Supporting Actor (Bryton James, his first win in this category but second overall) and Best Guest Performer (Eva LaRue, her first win and third nomination). It was a bittersweet night for the show, which won for a year in which they bid farewell to actor Kristoff St. John, who died suddenly in February 2019. They also mourned the passing of the show’s co-creator Lee Phillip Bell, who died in February 2020.

But the television academy spread the wealth to the other three soap operas as well. “GH” won Best Supporting Actress (Tamara Braun, her second win in the category) and Best Directing Team. “The Bold and the Beautiful” claimed Best Actress (Heather Tom, whose sixth win ties her with Erika Slezak as the most honored actress in soap history) and Best Writing Team. And “Days of Our Lives” was awarded Best Young Performer (Olivia Rose Keegan, her first win on her third straight nomination).

Outside of drama series categories, “Jeopardy” claimed Best Game Show for the 17th time and Best Game Show Host (Alex Trebek) for the seventh time. “The Ellen DeGeneres Show” won Best Entertainment Talk Show, which is the show’s 12th victory in the top category (counting years when entertainment and informative talk shows were combined). “The People’s Court” was the Best Legal/Courtroom Show for a record-tying third time. And “Today” won Best Morning Show for the fifth time (one shy of the record held by “Good Morning America”).

Not all of this year’s winners were presented during the telecast. Others were announced on social media after the show. Digital drama categories will go out on July 19. Animation, family, lifestyle and children’s program awards are on July 26. So what did you think of the winners and the virtual ceremony?