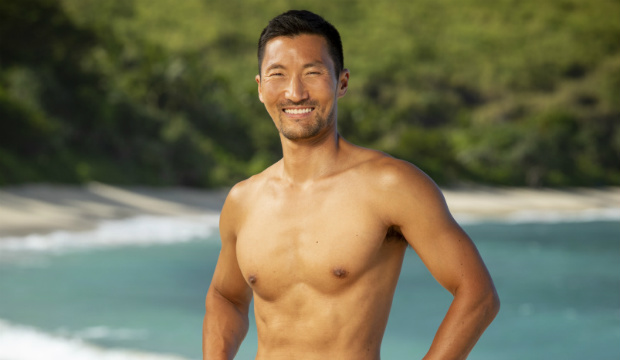 Calm, cool and collected is how fans of “Survivor” would describe Yul Kwon, winner of “Cook Islands” (Season 13) and current front-runner to triumph on “Winners at War” (Season 40). Even though this 44-year-old New Yorker has been away from the “Survivor” community for over a decade (a storyline that dominated Wednesday’s two-hour season premiere), he’s still currently leading Gold Derby’s odds for who will win the $2 million check.

Yul currently tops our winner’s chart with 5/1 odds, followed by his “Cook Islands” buddy Parvati Shallow (“Micronesia”) in the runner-up position at 6/1 odds. Yul and Parvati have yet to sync up since they’re starting the game on opposite tribes. Cancer survivor Ethan Zohn (“Africa”) then comes in third place at 7/1 odds. Gold Derby’s racetrack odds are based on the predictions of everyday readers like you. It’s free and easy to make your own predictions, so login now or create an account to get started.

The Dakal tribe won Season 40’s initial war-themed immunity challenge, so Yul didn’t have to scramble at all during the first two days in Fiji. Instead, he spent that time forming bonds with other people he saw as outcasts from the “Survivor” community, namely Sophie Clarke (“South Pacific”), Wendell Holland (“Ghost Island”) and Nick Wilson (“David vs. Goliath”).

When Dakal lost immunity on Day 3, Yul was one of the people who put the target on the so-called “poker alliance” of Tyson Apostol (“Blood vs. Water”), Kim Spradlin-Wolfe (“One World”) and Amber Mariano (“All-Stars”). These three were friends on and off the island, which created a huge target on their backs before the game even began.

Yul’s group then brought in the former “Game Changers” trio of Sandra Diaz-Twine (“Pearl Islands” & “Heroes vs. Villains”), Tony Vlachos (“Cagayan”) and Sarah Lacina (“Game Changers”). With Tony now adopting Sandra’s “anybody but me” style of game play, they were more than happy to set their sights on the poker alliance. Amber’s trio was unable to fight off the attacks at tribal council and she ended up being the first Dakal tribe member voted out. Will Yul now face the wrath of Amber’s husband Rob Mariano (“Redemption Island”)? We’ll find out soon enough!