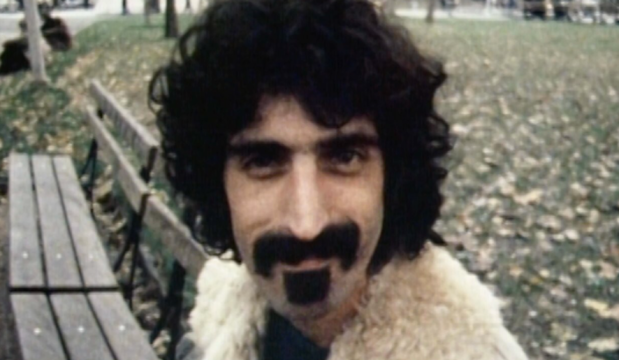 Alex Winter is best known for his role as Bill in the “Bill & Ted” movies opposite Keanu Reeves as Ted. The pair reprised these roles earlier this year in the hit comedy “Bill & Ted Face the Music.” Winter is also a documentary filmmaker and is an Oscar contender this year with “Zappa.” This documentary feature chronicles the career of rock musician Frank Zappa. It’s produced by Zappa’s son, Ahmet Zappa, distributed by Magnolia Pictures and premiers in theaters and on-demand on Friday, November 27th.

The film examines Zappa’s life through the use of archival footage and unrestricted access to the Zappa family trust, as well as interviews with those closest to him. It starts by looking at Zappa’s initial interest in film editing and then his burgeoning interest in modern classical music coming into focus with his discovery of the works of Edgard Varèse.

We also see his rise alongside that of his band, The Mothers of Invention, as well as the varied projects that increasingly occupied his time. He was one of the most prominent people to speak out against censorship in the music industry, which included testifying at a congressional hearing. His music formed a cornerstone of what is now the Czech Republic.

Winter showcases Zappa’s single-minded nature. He didn’t like to take any cues from anybody else and always zeroed in on the music that he wanted to make, regardless of what those in the industry felt would be the more prudent move. It was about what he found interesting, which can be seen by how huge the trust is with all the material he recorded.

Early reviews have been extremely favorable. Chris Barsanti at Slant wrote, “A richly three-dimensional portrait, [it] manages to be at once impressed by Zappa’s talent and aware of his being a pain in the ass, while not limited by those perceptions.” Dan Scully of the Phindie, described it as, “A documentary that feels like it was created by Zappa himself.” Oscar Goff of the Boston Hassle said, “There’s material here that even the most obsessive Zappa devotee has never seen, yet it’s presented in such a way that it just might inspire a new generation of fans.”