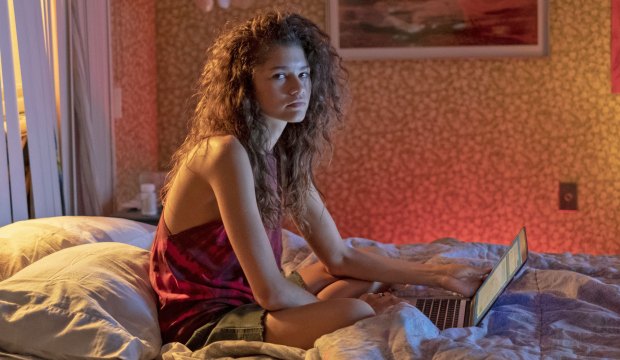 It’s quite common for 20-somethings to win Best Actress at the Oscars, but it’s more unusual at the Emmys, where veterans often take precedence. But in 2019 Jodie Comer (“Killing Eve”) became the youngest ever Best Drama Actress champ at age 26, and Zendaya (“Euphoria”) just broke that record in 2020, winning that award at age 24. We had been predicting Laura Linney (“Ozark”) to prevail, and Zendaya also took down formidable acting veterans Jennifer Aniston (“The Morning Show”), Olivia Colman (“The Crown”), Sandra Oh (“Killing Eve”) and defending champ Comer. Check out the complete list of Emmy winners here.

It’s rare for teen dramas to be recognized by the television academy in general. And when they have been nominated in this category before now, they never won — just ask Claire Danes (“My So-Called Life”) and Amber Tamblyn (“Joan of Arcadia”). But the Emmys have gotten more comfortable with TV’s whippersnappers in recent years. In 2019 the academy nominated two “Game of Thrones” actresses under 25 (Sophie Turner and Maisie Williams), while Asante Blackk picked up a supporting nom for “When They See Us” at age 17. And Blackk’s co-star Jharrel Jerome became the second youngest winner of Best Movie/Limited Actor at age 21. So Zendaya fits right into that youth movement.

“Euphoria” had a pretty good Emmys overall. It earned six total nominations and won three of them. In addition to Zendaya’s upset victory, the show prevailed twice at the Creative Arts Awards: Best Music and Lyrics for the song “All for Us” by Labrinth and Best Contemporary Makeup (Non-Prosthetic). Now if only we could go back in time to give “Buffy the Vampire Slayer,” “Gilmore Girls” and “Felicity” the love they deserved.