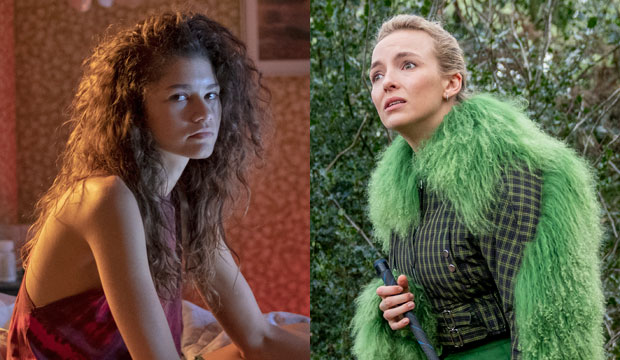 Zendaya earned her first ever Emmy nomination this year: Best Drama Actress for her role as a teenager struggling with substance abuse in HBO’s “Euphoria.” She has been in the entertainment industry for a decade now, but she’s still only 23-years-old. She’ll be 24 by the time the Emmys are handed out in September, so if she wins, she’ll break the record that was set just last year by Jodie Comer (“Killing Eve”).

Comer took many of us by surprise by winning Best Drama Actress last year for her role as a sociopathic assassin; our odds had favored her co-star Sandra Oh, but that wasn’t the only thing that made her victory noteworthy. At age 26, Comer also became the youngest woman ever to win that category. Comer is nominated again in 2020 (so is Oh), so she could certainly defend her title, but if Zendaya pulls it off instead she’ll move that record down by two years.

It’s pretty rare for actors to earn nominations in this category for playing high-schoolers, and they’ve never won when they did — just ask Claire Danes (“My So-Called Life”) and Amber Tamblyn (“Joan of Arcadia”). But the Emmys have been getting more comfortable with younger actors lately. Last year the academy nominated two “Game of Thrones” actresses under 25 (Sophie Turner and Maisie Williams), while Asante Blackk was nominated for “When They See Us” at age 17. And Blackk’s co-star Jharrel Jerome became the second youngest winner of Best Movie/Limited Actor at age 21.

It’s actually more common for younger women to win at the Oscars than at the Emmys. Marlee Matlin, Jennifer Lawrence and Janet Gaynor all won Best Actress when they were younger than Zendaya is now. And “Euphoria” had a strong showing at the Emmys overall with six noms, which shows substantial support from the television academy, though Zendaya is its only contender for acting. Can she continue the youth movement at these TV kudos?