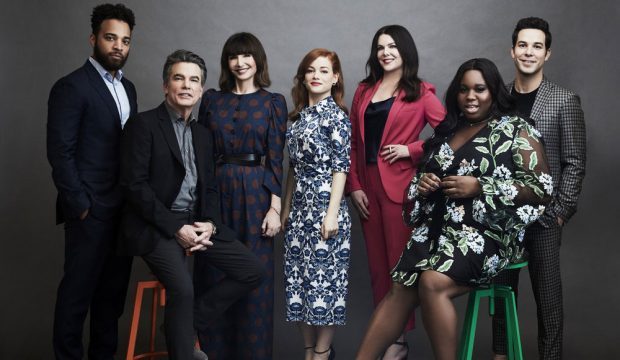 Every year, there seems to be one or two out-of-left-field nominations for a show that, while highly regarded critically, may not on many people’s Emmy radar. And NBC may have one of those dark-horse programs this year in the musical comedy/drama “Zoey’s Extraordinary Playlist.”

NBC is no stranger to rallying ratings-challenged new series to Emmy glory. In 1981, debuting series “Hill Street Blues” finished 86th out of 97 shows on the air at that time, but through its quality and a diligent Emmy campaign, it not only earned a surprise nomination, but it won the Emmy as Best Drama Series. The very next year, “Cheers” ended its first season ranked 74th out of 77 shows, yet won the Emmy as the year’s Best Comedy Series.

This, of course, happened in an era when there were only three networks. These days any number of cable networks are branded by their out-of-the-box comedies that have received critical acclaim and a cult following. And this may be the year when several of them break into the comedy Emmy race — defending champion “Fleabag” and former champ “Veep” have ended their runs, and former nominees “Barry,” “Atlanta” and “Russian Doll” will not have any eligible episodes airing this year. But with such relative cable newcomers as “Run,” “Ramy,” and “Dead to Me” ready to pounce for any available series slot, the chance for a new network series to break through will be challenging.

With so many cable alternatives, network television has played it relatively safe, relying on such dependable genres as hospital dramas and police procedurals for their tentpoles. But once in a while, they will roll the dice on something riskier. Enter “Zoey’s Extraordinary Playlist,” which focuses on a young supervisor (Jane Levy) at a San Francisco tech firm who, while undergoing an MRI with music, suffers through an earthquake. From that point, she finds that she has the ability to hear people’s emotions through the songs that they perform in front of her which no one else can see or hear.

There have, of course, been comedy/dramas that have incorporated singing and dancing into their storylines — for example, “Glee” which was an Emmy favorite (until it wasn’t), and “Crazy Ex-Girlfriend,” which earned two Emmys below-the-line but had no love in major categories.

Goldderby odds currently rank a Best Comedy Series nomination for “Zoey’s” as a long-shot with odds of 100/1, not surprising given that the series premiered in January and is only just now finding its traction now among the many new series hoping to get the attention of Emmy voters. But, “Fleabag” was also at 100/1 last spring, and look at how that turned out. Based on Emmy history, the competitiveness of the categories and the quality of the work here, I can see “Zoey’s Extraordinary Playlist” being competitive in at least three Emmy categories:

There are two key supporting actress contenders here. Oscar winner Mary Steenburgen is subtly gripping as Zoey’s mom Maggie, who displays a lovely voice and some elegant dancing in her role as the caretaker to her disabled husband (Peter Gallagher). It’s a beautifully subtle performance, just the kind that gets admired but is passed over for a nomination.

The real contender here is Lauren Graham as Joan, Zoey’s bear of a boss. She can be as bitchily dismissive as Meryl Streep in “The Devil Wears Prada,” then turn around and wow us with an unexpectedly amazing voice and serious dance chops. In the “Zoey’s Extraordinary Boss” episode, she lets her hair down and confides in Zoey about all of the unhappiness in her life. It’s a tour de force for Graham and easily worthy of an Emmy nomination. She currently ranks ninth in our Gold Derby odds, so clearly she is within striking distance. Acting branch Academy members: attention must be paid to this great performance from Graham.

From the very first episode, the production design of Zoey’s office is stunning, light and airy with its several levels of exposed wood in intricate patterns. (Joan’s office looks almost like a beehive.) It is also practical, wide enough to accommodate the many Steadicam shots that contribute to the lengthy single-take camera style that so distinguishes the look of the series. Even more impressive is the home of Zoey’s parents, which appears cozy and intimate, yet it still has to make room for the Steadycam for the single-take shots of Gallagher and Steenburgen’s musical numbers. Granted in this category, the design will largely be up against one-hour dramas, but it’s striking and delivers the goods, so it’s got a shot.

Series producer/choreographer Mandy Moore has become an Emmy favorite in recent years, taking home the choreography Emmy in 2017 and 2018. So voters are used to writing down her name, but they may not be used to seeing her work outside of dance competition shows. “Zoey’s” gives Moore the opportunity to display her versatility, from the often enormous crowds dancing in the office scenes to the quieter moves at home with pros Gallagher and Steenburgen. Unlike “Glee” or “Crazy Ex-Girlfriend” which often emphasized the singing, dance comes to the fore here in a way that Emmy voters cannot help but notice and may very well want to reward with a nomination.