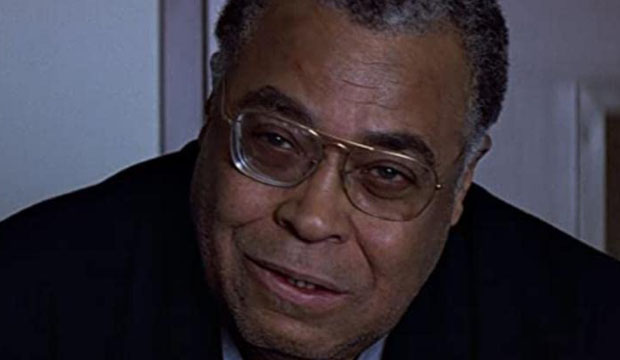 “Cheers” was the big winner at the 43rd Primetime Emmy Awards 30 years ago with four victories including Best Comedy Series. It was the fourth time that the classic NBC comed, which premiered in 1982, took the top honor.  But the big story at the Dennis Miller-hosted ceremony that took place Pasadena Auditorium on Aug. 25, 1991 was that a record number of Black performers were recipients of Emmys.

Two-time Tony and honorary Oscar-winner James Earl Jones took home two Emmys. The voice of Darth Vader and CNN picked up Best Drama Actor for “Gabriel’s Fire,” the ABC’s crime series in which he played a Chicago private eye. Madge Sinclair, who played his landlady and owner of a soul food restaurant, won the supporting actress award. Ironically, “Gabriel’s Fire” had been cancelled by ABC by the time of the Emmys. The network premiered a more lighthearted retooling of the series in Sept. 1991 called “Pros & Cons,” which found him partnering with Richard Crenna in Los Angeles and marrying Sinclair’s character. It was axed four months later.

Jones also won an Emmy for his supporting role in “Heat Wave,” TNT’s lauded telefilm about the 1965 Watts riots. Lynn Whitfield won the lead actress award for movies/minis for her flawless portrayal of the groundbreaking black dancer/singer/actress in HBO’s “The Josephine Baker Story.” And the legendary Ruby Dee won the genre’s supporting actress prize for “Decoration Day,” the “Hallmark Hall of Fame” drama in which she played the housekeeper of a retired judge and recluse (James Garner).

ABC’s “Separate but Equal,” which marked the return of Sidney Poitier to the small screen, won Best MiniSeries. The two-part historical drama revolved around the landmark Supreme Court Case Brown vs. the Board of Education. And Thomas Carter won an Emmy for his helming of an episode of the short-lived legal drama series “Equal Justice.”

Another legal drama, “L.A. Law,” won Best Drama Series for the fourth time in five years. David E. Kelley won for scripting the episode “On the Toad Again” in which the firm defends an elderly man who gets high licking his cane toad.

The two lead comedy winners — Kirstie Alley (“Cheers”) and Burt Reynolds (“Evening Shade”) — raised more than a few eyebrows with their acceptance speeches. Alley praised her then-husband Parker Stevenson for being the “man who has given me the big one for the last eight years.” Oh dear.  They divorced in 1997. Reynolds, who was married to the va-va-va voom Loni Anderson at the time, thanked her for “the big two.” Oh dear. They divorced three years later.

And one of the winners played a part in this year’s Creative Arts Emmys. Jay Thomas won his second consecutive guest actor Emmy in a comedy series as Jerry Gold on CBS’ “Murphy Brown.” It took 30 years for another guest performer to win back-to-back Emmys. Maya Rudolph just did it for guest hosting NBC’s  “Saturday Night Live.”