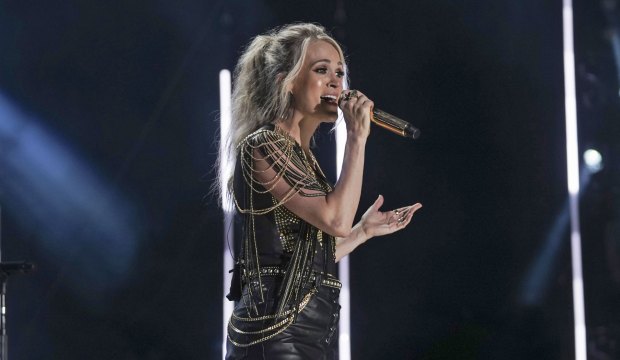 The 2021 American Music Awards are coming on November 21, so let’s look at the possible winners for country. The genre has had a big year, notching multiple top-10 hits on the Billboard Hot 100 and seeing the continuous rise of newer artists like Gabby Barrett and Walker Hayes, as well as the continued success of perennials Lady A, Luke Bryan, and Carrie Underwood. However, the biggest news in country has been the rise, fall, and then rise again of the controversial Morgan Wallen, whose album “Dangerous: The Double Album” is the most successful of the year commercially. Will this translate into AMA success?

SEECountry drought at the Grammys: It’s been a decade since Lady A’s ‘Need You Now’ won Record and Song of the Year

This category will come down to how much support Wallen gets. On one hand, his controversies over the past year-and-a-half (using a racial slur, ignoring COVID precautions), which could prompt a backlash with a younger voting audience, might cost him what would’ve been an easy win here. However, all of that hasn’t stopped his album from selling tremendously. It’s still in the top-five of the Billboard 200 after almost a year, and it’s the bestselling album of the year in the United States.

So, Wallen fans are still very much fans, if not more so now, but it’s all going to depend on how many of them vote for this. If Wallen doesn’t happen, then it’ll come down to Luke Bryan versus Luke Combs. Bryan has his fair share of wins here, but Combs is having a bigger impact these days in the public eye and has been arguably the most successful country star of the past four years or so.

It’s hard to bet against Carrie Underwood in this category. She has seven overall wins here, the second most ever. Not only that, but she had an uninterrupted winning streak here from 2014 to 2019 (she wasn’t nominated in 2020). So seeing as she’s nominated alongside Maren Morris, Miranda Lambert, and Kacey Musgraves — all of whom she has beaten before — as well as newcomer Gabby Barrett, who lost last year to Morris, then it might just be best to predict yet another Underwood victory here. If an upset were to happen, I would bet on Musgraves, just because she probably has the most crossover appeal among the nominees and could get a lot of support from pop fans.

This one is a bit trickier. Dan and Shay have won for the past two years, but Florida Georgia Line and Lady A have won four apiece in the past. There is also Old Dominion, whose profile have been rising more and more every year, as well as Zac Brown Band who have surprisingly never won. I will play it safe and predict Dan and Shay for a three-peat here, but watch out for an Old Dominion surprise.

This is another category that is entirely dependent on how many Morgan Wallen fans vote. On paper, “Dangerous: The Double Album” should have an easy win here, outselling all the other nominees by a wide margin, and still charting super-high after 10 months. But if the controversies hurt Wallen, I’d go with Luke Bryan (“Born Here Live Here Die Here”), who has proven to be a big favorite at these awards. Chris Stapleton (“Starting Over”) might also be in the hunt, although his AMA track record isn’t as strong as his Grammy or CMA results; he appeals to industry voters, but doesn’t necessarily have the kind of social media fan army that fuels audience-voted awards like these.

This might be the hardest category to predict because you can make a case for each of these songs. Chris Stapleton’s “Starting Over” is one of his biggest hits, being a top 40 hit on the Hot 100 and a big country smash. However, that also applies to the other nominees. Gabby Barrett’s “The Good Ones” might be a little old, but it did become Barrett’s second top-20 hit.

That said, I suspect the category will come down to the other three nominees. At the AMAs, you should never underestimate Kane Brown (“Famous Friends”); he’s a multiple winner, and already prevailed here before with “Heaven.” But will he be able to beat two top-five Hot 100 hits? Walker Hayes’s “Fancy Like” is still big on the charts right now, and Luke Combs’s “Forever After All” is hailed by many as the country song of the year. I will go for “Famous Friends,” purely off the power of Kane Brown, but “Fancy Like” or “Forever After All” winning would not be a surprise at all.