“’The Crown’ has been kind of on a roll,” Gold Derby senior editor Daniel Montgomery admits about the Netflix flagship drama winning everything in its path this season. “Through the Golden Globes, Critics Choice Awards, PGA Awards, DGA Awards, Writers Guild, it’s been kind of a romp for that show, which would actually make it a first Best Drama Series for Netflix in its history,” he explains.

Montgomery is joined by fellow senior editors Marcus James Dixon and Rob Licuria to dish who and what could upset the Netflix prestige drama. It’s on course to finally claim its first Best Drama Series trophy for its acclaimed fourth season and finally break the streamer’s inexplicable curse at the Emmys, having never won a series trophy in any genre. Watch the Emmy predictions slugfest video above.

“I think it’s almost a fait accompli,” Licuria agrees. “‘The Crown’ has been on a roll. Everybody has really loved this season, its strongest season to date, and I honestly believe a lot of that has to do with Emma Corrin and Gillian Anderson and their uncanny performances,” he declares.

While it seems a safe bet to back “The Crown” in Best Drama Series and a number of the drama acting and below the line categories, all three editors warn that Hulu’s “The Handmaid’s Tale” exceeded expectations this year, garnering an impressive 21 nominations, up from 10 the year before, which could challenge Netflix in a number of categories.

“If anything is going to upset it, to me that would be ‘The Handmaid’s Tale,’ which had an extremely strong season 4 as well,” he notes. “I agree with everything Rob just said, including the fact that this is the best season of ‘The Crown’ there’s ever been,” Dixon says. “While I think it’s a 99% chance that it’s going to win, I do have ‘The Handmaid’s Tale in second place, which got 21 nominations, which is just so impressive.”

Also in the hunt with a huge Emmy nominations haul is Disney+’s “The Mandalorian,” which tied with “The Crown” with a leading 24 nominations, as well as the now-cancelled “Lovecraft Country” from HBO, with 18 nominations, Netflix freshman “Bridgerton” with 12 nominations, the final season of FX’s “Pose” with nine nominations, lone broadcast network representative NBC’s “This Is Us” with six nominations, and Best Drama Series debutante, the Amazon Prime Video blockbuster “The Boys” with five nominations.

The Primetime Emmy ceremony will air live on September 19 on CBS (also streaming on Paramount+). 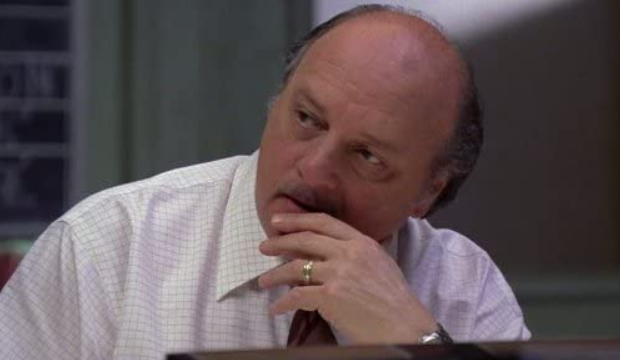