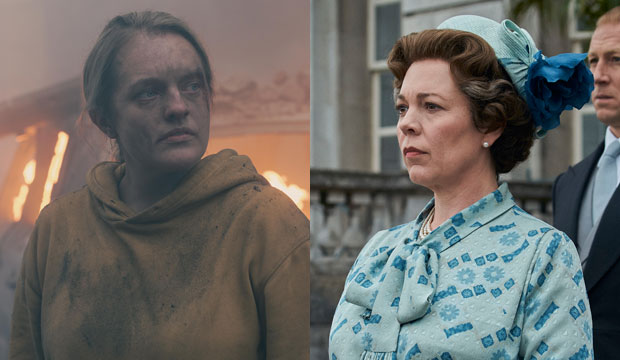 The people posting in our infamous forums, many of whom are Hollywood insiders who shield their true identities as if they were on “The Masked Singer,” were engrossed in judging Sunday’s Emmys. As you can see from the sampling of comments below, they didn’t hold anything back when reacting to the victors (and the defeated) during the Emmy Awards ceremony which aired live across the country on CBS.

Below, you can take a look at a sampling of the praise and pointed criticism that was leveled at this year’s results in the seven categories devoted to drama series. Read more of the 2021 Emmys drama winner reactions and have your say here.

Nate: At least “The Crown” is sitting out this next season, so there will be open races all around next year!

Emma: It’s such a shame “Pose” was robbed of everything tonight. Devastated.

Babygirl: Mega happy about this!

Reis: The only one that deserved to win for “The Crown” this year.

Sean C: One side, Princess Diana, the Queen is still the boss.

syrus80: Stealing someone else’s award yet again. I feel so bad for Mj!

Miossid: How can you watch the fourth season of “The Handmaid’s Tale” and not vote for Elisabeth Moss? I don’t get it.

ReddWhite: Okay that was unexpected and sad.

JV: This is even more disgusting than the Claire Foy win.

syrus80: So tired of Hollywood and these series or films about royalty.

Luca: Please, not the wrong episode from the right show AGAIN. This is crazy!!!

Victor: Wow “The Crown,” what a shocker.