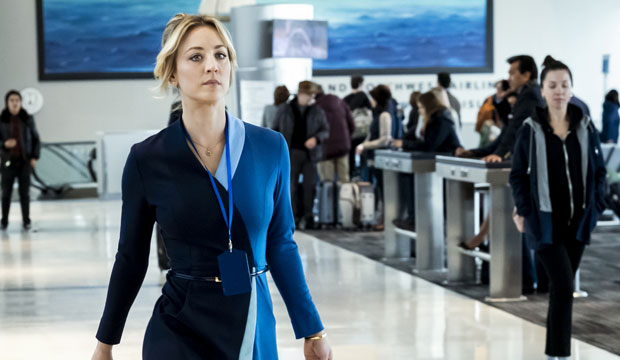 Our forum posters were up before dawn to duke it out over the nominations for the Golden Globes. Reactions to the nominations ran the gamut. While they found a lot to be happy about (“The Flight Attendant), there were just as many exclusions that had them unleashing their fury (like those “Bridgerton” snubs).

Our message boards have been on fire as show biz veterans with clever user names sound off on the roster of contenders. Below is just a sampling of their savage comments on the 11 television categories at the Golden Globe Awards. Take a look, then jump in if you’re brave enough:

Best TV Drama Series:
Ivo Stoyanov: Told you that “Ozark” will kill it, season 3 is undeniable.

Nate: Where did all the love for “Ratched” come from?

String Cheese Theory: The minute Sarah Jessica Parker said “Emily in Paris,” I knew this was going to be all sorts of wrong.

wolfali: Glad to see “The Great” in spite of the underestimation people had of it.

Judy Splinters: Am so happy for Kaley Cuoco getting her first Globes nomination ever for my favorite show of the year, “The Flight Attendant.”

Best Limited Series/TV Movie:
String Cheese Theory: Imagine thinking “The Undoing” was a better show than “I May Destroy You.”

JakeT: The “I May Destroy You” snub is appalling.

methaddiction: “The Crown” really is coming.. the other girls should be scared.

Best TV Comedy Actor:
wolfali: Dare I say “Schitt’s Creek” is losing both lead categories but taking Series like “The Americans” did?

Best TV Comedy Actress:
Vicki Leekx: Seems Elle Fanning’s been building for a while, shame her sister could’t get in for “The Alienist.”

Nate: The shutouts for “Dead to Me” and “Insecure” really make me sad.

Best Movie/Mini Actor:
Lance: Nicole Kidman and Hugh Grant are two of the biggest stars on television and on the same show. The HFPA would rather go with something more mainstream over an indie critical darling.

puck05: Daisy Edgar-Jones in but not Paul Mescal?

mafro987: I knew it was coming, but I’m still angry. Snubbing Michaela Coel is just ridiculous.

wolfali: I knew Julia Garner would happen. I just knew it. The signs were there.

Ryusei: No Tom Pelphrey tho ughhh did they see a different season?