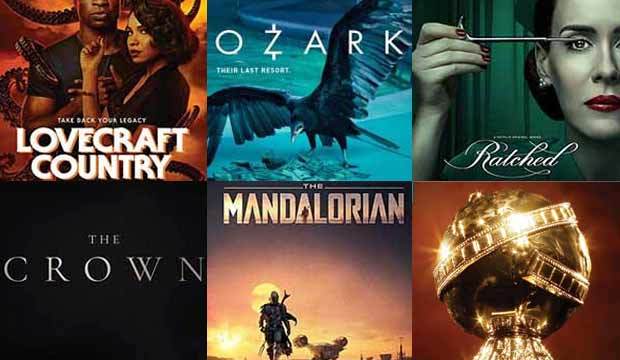 When the 78th Golden Globe Awards take place on Sunday, February 28, look for some of the big TV winners to be Netflix’s drama “The Crown,” Pop’s comedy “Schitt’s Creek” and Netflix’s limited series “The Queen’s Gambit.” The 11 television prizes are often tough to predict as voters don’t usually follow the lead of their big sister, Emmy. Instead, Hollywood Foreign Press Association members tend to gravitate toward the newest shows and hottest stars. Scroll down to see Gold Derby’s predictions in all 11 TV categories listed in order of their racetrack odds, with projected winners highlighted in gold.

The Golden Globes are decided by 87 international journalists who make up the HFPA, but our odds are based on the combined forecasts of more than 2,100 Gold Derby readers, including Experts we’ve polled from major media outlets, Editors who cover awards year-round for this website, Top 24 Users who did the best predicting last year’s winners, All-Star Users who had the best prediction scores over the last two years, and the mass of Users who make up our biggest predictions bloc.

SEECan ‘The Great’ or ‘Schitt’s Creek’ pull a triple whammy at Golden Globes, just like ’30 Rock’?