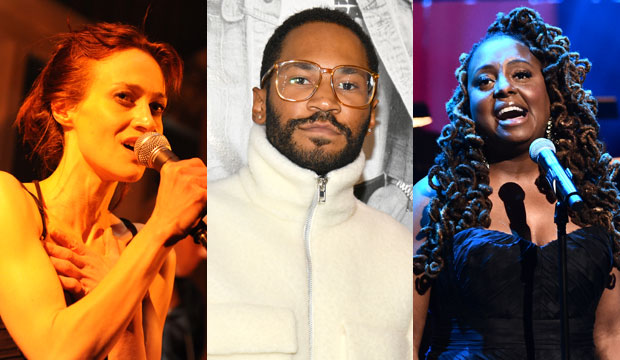 It’s Grammy Sunday and that can only mean that our talented and blunt Gold Derby forum posters, many of whom are industry insiders hiding behind cyber handles, have been busy giving us their reactions to the 63rd annual Grammy Awards.  As you can see they held nothing back when reacting to the victors (and losers) during the Grammy Premiere Ceremony that streamed live internationally via GRAMMY.com. Check out the complete list of Grammy winners here.

While winners of the top awards like Album of the Year will be announced during the CBS prime-time show, more than 70 of the 84 Grammy Awards were doled out in the afternoon. The ceremony had many cheering but left just as many infuriated when it came to the winners and losers. What were the upsets that left them absolutely gobsmacked? Which winners were they cheering for the most? And which defeats struck our users the hardest? Take look at a sampling of reactions from our forums below, and join their discussions here.

BICTH: “‘Little Women’ was robbed just like at the Oscars.”

Soltsevent: “I thought they were going to be a little more dressed up. I know its like via Zoom or something, but anyways.”

Michael Myers: “Kanye West won a Grammy [for Best Contemporary Christian Album] after pissing on it …”

Andresg770: “I want to thank the academy for making us endure Bill Burr presenting only three Latin categories … I don’t know, maybe get a Latin actor or comedian (or non-nominated artist) next time?”

liloozybert: “Honestly, reactions like Burna Boy’s (and so many others today) are why I can’t just disregard the Grammys, no matter how bad I think they are. They clearly mean so much to so many artists.”

Andresg770: “Of course Tiffany [Haddish] wins the year she rejects their cheap-ass offer to host the pre-telecast show LOL”

Briana Breeze: “I can’t tell you how happy I was to see Fiona win! Congrats to her!”

Andresg770: “Jhené’s probably wishing she didn’t pay for her own wardrobe and styling now…”

Deemy: “Listen, the R&B voters never cease to amaze me. They make the show exciting, I must say. I wish all the categories would be as chaotic as R&B. Nominees and winners would be endless think pieces.”

Atypical: “‘RAIN ON ME’ DID THAT S***!!! Congrats Gaga and Ari [for winning Best Pop Duo/Group Performance]!”

forwardswill: “‘Rain on Me’ being a Grammy winning song is all I wanted.”

TheFunkyDeltron: “Congrats to Nasty Nas, the GOAT [for winning Best Rap Album for ‘King’s Disease,’ the first win of his career].”

RichardAniston: “Man, these awards have been all over the place. So many predictions have been blown up.”

smurty11: “Pop star Justin Bieber has two Grammys: one for dance, one for country ?????”

noemiq: “They hate Marren Morris [who lost her only nomination, Best Country Song for ‘The Bones’].”

MG: “Taylor Swift is done, unfortunately [after losing her Premiere Ceremony nominations] … It was never going to happen. Dua is coming to sweep them all.”