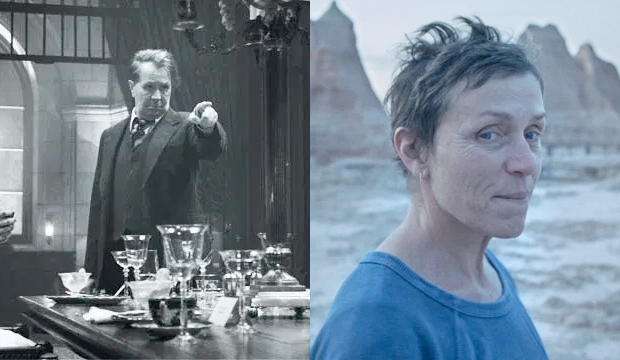 Just as Gold Derby predicted, the film with the biggest nomination haul on Monday, March 15 was “Mank” with 10 bids. It was the only movie to earn double-digit noms this year, as opposed to last year when four contenders crossed that line. But what about “Nomadland,” the de facto Best Picture front-runner following its victories at the Golden Globes and Critics Choice Awards? Scroll down for our 2021 Oscars nominations report in which we look at the best performing films. As a reminder, this year’s kudos recognize movies that premiered in theaters or streamed online within the eligibility period (January 1, 2020 to February 28, 2021), which lasted two months longer than normal due to the Covid-19 pandemic.

“Judas and the Black Messiah,” Shaka King‘s biographical film about the Black Panther Party in 1960s Chicago, was one of the last films to enter the derby, but it ended up being worth the wait. Its six citations are for: picture, supporting actor (Daniel Kaluuya), supporting actor (Lakeith Stanfield), original screenplay, cinematography and song (“Fight For You”).

“The Father” is yet another movie with six nominations this year. Florian Zeller‘s mind-bending adaptation of his 2012 play was recognized for picture, actor (Anthony Hopkins), supporting actress (Olivia Colman), adapted screenplay, film editing and production design.