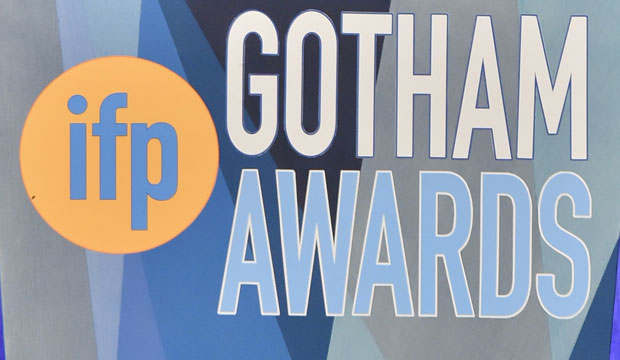 The 2022 Gotham Awards nominations announcement on October 21 is the unofficial kick-off to awards season. These prizes are presented by the Independent Filmmaker Project (IFP) and honor the best American-made movies of the year with budgets under $35 million. These nominees were determined by very small committees of film journalists and festival programmers numbering between three and six. The five Best Picture contenders (which were decided upon by five film critics) are: “The Green Knight,” “The Lost Daughter,” “Passing,” “Pig” and “Test Pattern.” Scroll down to see the complete list of contenders.

While these kudos single out leading and supporting performances (in gender neutral categories) as well as screenplays, they don’t honor helmers. There is a category for Breakthrough Directors and the three women with films in the Best Picture race contend here: Shatara Michelle Ford for “Test Pattern”; Maggie Gyllenhaal for “The Lost Daughter”; and Rebecca Hall for “Passing.”

Gyllenhaal and Hall are also cited for their screenplays and their films reaped multiple bids for performers. While “The Green Knight” director David Lowery also reaped a bid for his writing, “Pig” multi-hyphenate Michael Sarnoski was snubbed for his script by that jury. Also overlooked was “Pig” player Nicolas Cage, who got some of his best reviews in decades. Also perplexing is the snub of Ann Dowd for her performance in “Mass”; her on-screen husband, Reed Birney, was nominated.

Will these awards preview the Oscars? Perhaps. Last year’s big winner was “Nomadland,” which went on to win Best Picture at the Oscars too. However, that was the exception rather than the rule. None of its competition at the Gothams — “The Assistant,” “First Cow,” “Never Rarely Sometimes Always” and “Relic” — reaped Oscar bids. Likewise in 2020 when the Gotham pick for best pic, “Marriage Story,” also contended at the Academy Awards but none of its rival Gotham Awards nominees (“The Farewell,” “Hustlers,” “Uncut Gems” and “Waves”) did.

Why is this? The Gotham Awards nominations and winners reflect the opinions of a few fans of cinema who sit on the various juries. In 2019, “The Rider” (which was directed by “Nomadland” helmer Chloe Zhao) prevailed over higher-profile contenders “The Favourite,” “First Reformed” and “If Beale Street Could Talk.”

But some years do see these two awards aligning. “Birdman,” “Spotlight” and “Moonlight” all won over the Gotham Awards before being named Best Picture of the year by the academy. And Matthew McConaughey (“Dallas Buyers Club”), Julianne Moore (“Still Alice”) and Casey Affleck (“Manchester by the Sea”) all got to practice their Oscar acceptance speeches here.

While the nominees were determined by those who write about films, the winners will be decided on by those who work in film directly. The 2022 Gotham Awards are slated for November 29 at Cipriani Wall Street in New York City.

Best International Feature
“Azor”
“Drive My Car”
“The Souvenir Part II”
“Titane”
“What Do We See When We Look at the Sky?”
“The Worst Person In The World”

Best Documentary Feature
“Ascension”
“Faya Dayi”
“Flee”
“President”
“Summer Of Soul (…Or, When The Revolution Could Not Be Televised)”

Best New Nonfiction TV Series
“City So Real”
“Exterminate All the Brutes”
“How To with John Wilson”
“Philly D.A.”
“Pride”

Jared Leto takes his biggest swing yet in 'House of Gucci': 'It was a beautiful, unforgettable journey'…