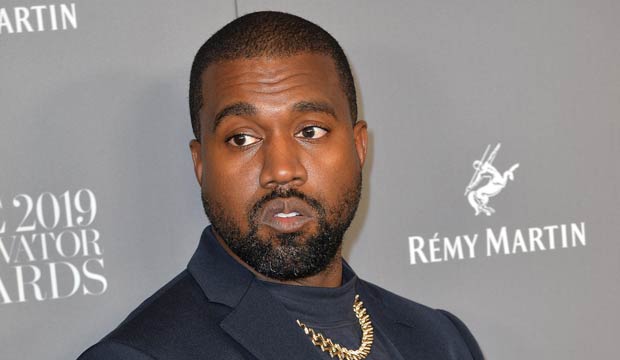 The Grammys in the rap field have often been controversial, with many of the all-time greats (like Jay-Z, Eminem, and Kendrick Lamar) almost always passed over in the top four general field categories. And this year Drake actually withdrew his own two nominations in the field when voting for the winners had already started. So let’s try to make sense of the nominees that remain.

A win for Baby Keem and Kendrick Lamar’s “Family Ties” is more than assured here. For starters, Lamar is arguably the biggest rap field darling, having scored 11 wins in the genre out of 21 nominations, which is even more impressive when you take into account that four of those 10 losses were in his first year when he controversially lost most of his categories to Macklemore and Ryan Lewis, and that another one was because he beat himself (“All Day” losing Best Rap Song to “Alright” in 2016). Furthermore, “Family Ties” is one of the most acclaimed songs of the year, and is a strong showcase of both Keem and Lamar’s rapping skills.

With Drake’s withdrawal from the list, the likeliest upset might be J. Cole, 21 Savage, and Morray’s “My Life,” which like “Family Ties” also got a Rap Song nomination, while the last two Rap Performance contenders didn’t. The track is also from Cole’s nominated album “The Off-Season,” which is one of his most acclaimed and successful. Still, don’t underestimate the big crossover hit that is “Up” by Cardi B. If there are a lot of voters from other genres like pop and R&B voting here, the song could easily benefit from being the biggest hit of the bunch; it’s the only nominee to peak at number-one on the Billboard Hot 100.

This category is very hard to predict this year. Lil Nas X and Jack Harlow’s “Industry Baby” is the biggest hit here commercially, and comes from Nas’s acclaimed Album of the Year-nominated project “Montero.” Furthermore, voters could feel compelled to give the song the win to support Nas due to his having felt left out in the hip-hop scene due to his sexual orientation. The track is also a triumphant anthem with two of the buzziest young rappers in the business and could earn a lot of votes for that.

However, Kanye West is beloved by rap voters at the Grammys, being one of the most awarded artists in the field (20 of his 22 career Grammys came in rap categories). West’s “Hurricane” also features The Weeknd, who could get sympathy due to his controversial snubs last year. and it would be a way of awarding another featured artist, Lil Baby, after multiple years of smash hits without any Grammys yet to show for it.

I wouldn’t underestimate Doja Cat’s “Need to Know” either. The song peaked later in the year, which is typically an advantage since it’s closer to Grammy voting, and Doja Cat got love across the board this year. With eight total nominations, you would think Grammy voters would love to award her somewhere, so if the pop and general fields are too crowded for her to win, this might be her next best bet. I’ll give Harlow/Nas the edge here, but it’s going to be a tight race between these three.

The battle here will be Kanye West and Jay-Z for “Jail” versus Baby Keem and Kendrick Lamar for “Family Ties.” The latter might be the safer pick, especially if Kanye loses Melodic Rap Performance. But there’s a good chance Kanye just sweeps all his rap nominations. And besides that, the Jay-Z/Kanye West combo might be too hard for voters to resist, despite criticism of DaBaby and Marilyn Manson’s contributions to part two of “Jail,” especially after Manson was initially nominated as one of its songwriters — that nomination has since been removed, but Manson and DaBaby are nevertheless Album of the Year nominees as featured artists on Kanye’s album, one of many reasons critics and audiences have been ambivalent about Kanye lately.

If another song wins here, it’s going to be “My Life” by J. Cole, 21 Savage, and Morray. The song is not only nominated for Best Rap Performance, but Cole got nominated for Best Rap Album as well. Plus, 21 Savage and J. Cole have already proven to be a good match, as they previously won this category together for their collaboration “A Lot.” But I’ll go with my gut and pick “Jail,” though my head is telling me “Family Ties.”

It’s hard to argue against “Donda” here. It’s the only album here that’s also nominated for Album of the Year, it is arguably the biggest hit out of the nominees (since Drake rescinded his own nomination for “Certified Lover Boy”), and Kanye West is loved by rap voters. J. Cole could maybe pull an upset and win; he did, after all, beat out Kanye for a Best Rap Performance nomination. However, there’s no reason to underestimate “Donda” beyond that, so you should probably just play it safe and go with it.

If you’re feeling adventurous then Tyler, the Creator’s acclaimed project could win, but don’t count on that.

Will win: Kanye West, “Donda”
Likeliest to upset: J. Cole, “The Off-Season”
Possible dark horse: Tyler, the Creator, “Call Me If You Get Lost”