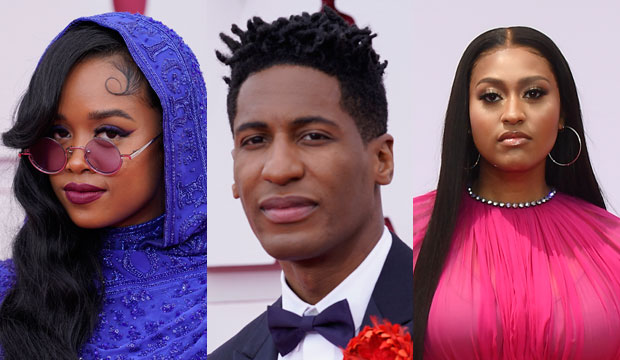 With past winners ranging from budding talents like H.E.R. and Anderson Paak to R&B icons like Beyoncé, Luther Vandross, and Usher, the R&B field at the Grammys tends to be a huge honor. As always, this year’s nominees are filled with spectacular talent, including big commercial artists as well as some hidden gems. But who will go home with some gold come January 31? Let’s consider the two album races.

This might be one of the hardest categories this year. On one hand, H.E.R. is an Album of the Year nominee this year and a previous winner in this category, as well as inarguably the biggest academy darling here with four wins out of 13 nominations in just the last three years, and eight more nominations this year. That could be enough for her to win again here. However, Jon Batiste is also nominated for Album of the Year, and while he got fewer R&B nominations than H.E.R., he still got a nom for Traditional R&B Performance, and he has 11 total bids, making him the year’s most nominated artist.

Yet is it crazy to think that Jazmine Sullivan’s “Heaux Tales” is going to win, despite missing the general field? The album is so widely considered the best R&B album of the year, by both critics and awards bodies (see BET and Soul Train), that not predicting it feels wrong. Sullivan also earned noms in performance and song categories for “Pick Up Your Feelings,” which might put her above Batiste. I’m going to go with “Heaux Tales” despite the egregious Album of the Year snub; after all, R&B voters tend to have something up their sleeve (consider last year‘s Album of the Year nominee Jhene Aiko losing her R&B nomination to Thundercat).

Will win: Jazmine Sullivan, “Heaux Tales”
Likeliest to upset: H.E.R., “Back of My Mind”
Possible dark horse: Jon Batiste, “We Are”

I can see this going three ways. On one hand, Lucky Daye wins since his album is the only one here that also got a nomination in another R&B category (Best Traditional R&B Performance for “How Much Can a Heart Take”). On the other hand, Robert Glasper could win here due to how respected he is by the academy (four wins out of nine past nominations) and the strength of his collaborators (Terrace Martin and Kamasi Washington are both previous Grammy nominees as well). A third scenario could be a win for Hiatus Kaiyote, who have been previously nominated in this category and might be more of a critics’ pick in this lineup, earning an 84 on Metacritic. I’m giving Daye the edge here just because of that Traditional R&B nomination, but it’s really anybody’s game.