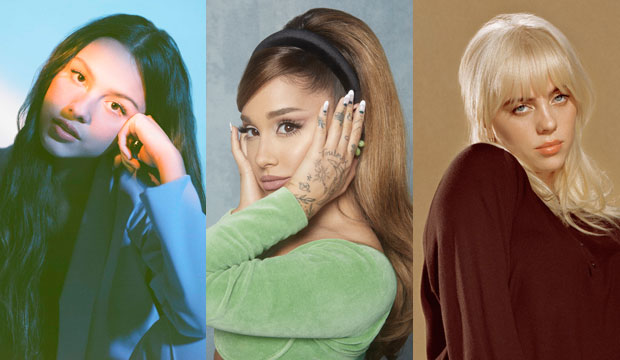 Grammy nominations are tomorrow, November 23, so let’s take a brief and final look at who will get nominated for two of the big prizes: Song of the Year and Record of the Year.

The main contender this year is definitely Olivia Rodrigo. Her hit “Drivers License” is a good bet for nominations day, especially with it being a very baity, personal ballad that will surely tug some heartstrings. The song was a big hit, spending eight weeks atop the Billboard Hot 100, and it also received acclaim from both audiences and critics.

That said, Olivia will be facing heavy competition from another young singer-songwriter, and one who’s looking at her third Record of the Year and second Song of the Year wins: Billie Eilish, whose “Happier Than Ever” is also pretty much a lock for the nomination. She proved her status as a certified Grammy darling with her repeat Record of the Year upset this past year for “Everything I Wanted,” so that high esteem might push her to another win. While “Happier Than Ever” might have peaked lower on the charts than her last two winners (it topped out at number-11, compared to the number-one “Bad Guy” and top-10 hit “Everything I Wanted”), the song has been hailed as one of Eilish’s best. It’ll also appeal to both rock and pop audiences, which always helps.

That said, another Grammy darling — in fact, two of them — are going to give the girls some big competition. “Leave the Door Open” by supergroup Silk Sonic will surely get a nomination, and may be just as likely for a win as “Drivers License” and “Happier Than Ever.” The song is helped by the love both Bruno Mars and Anderson Paak have received from the academy, rarely losing awards in the past few years (they’ve collected 15 trophies between them) and both being backed especially by R&B voters. “Leave the Door Open” was also a big crossover hit, a smash on both urban and pop radio, which will help this duo get those pop voters necessary to finish first.

A couple of other songs might be looking at nominations, though winning might be harder for them. Lil Nas X’s “Montero (Call Me By Your Name)” is one of the year’s most acclaimed and controversial songs, aided by a possible Best Music Video-winning visual. Nas is no stranger to Grammy love either, earning six nominations back in 2020 and winning two of those, although not ROTY (where he was nominated for “Old Town Road”). “Montero” could generate a lot of passion, as many view Lil Nas X as a trailblazer for his unabashedly queer music and videos, something pretty much unprecedented for a mainstream artist of his caliber, let alone one who works in hip-hop like Nas does.

Several more popular hits are looking at noms in both categories. Doja Cat and SZA’s “Kiss Me More”; Justin Bieber, Daniel Caesar, and Giveon’s “Peaches” (and Bieber’s “Stay” duet with The Kid LAROI); Ed Sheeran’s “Bad Habits”; Ariana Grande’s “Positions”; Cardi B’s “Up”; and BTS’ “Butter” could all earn Record of the Year nominations, with the first four also being possible Song of the Year nominees as well.

Meanwhile, songs like Taylor Swift’s “Willow,” SZA’s “Good Days,” Chris Stapleton’s “Cold,” Luke Combs’s “Forever After All,” and Giveon’s “Heartbreak Anniversary” might fair better in SOTY, which focuses on the lyrical content and composition. There’s also Kanye West, who is competing in ROTY for his The Weeknd and Lil Baby collaboration “Hurricane,” but in SOTY with his Jay-Z featured “Jail”; both nominations could easily happen.

But what are the dark horses this year? A couple come to mind. Brandi Carlile is a Grammy favorite, so it wouldn’t be a surprise to see “Right on Time” nominated for either (or both) general categories. Fellow Grammy darlings Foo Fighters are also possible for their rock hit “Shame Shame.” H.E.R. is another favorite who could surprise for her Oscar-winning “Fight For You.” And finally, if there’s a lot of hype for the album, it’s possible to see Jazmine Sullivan’s “Pick Up Your Feelings” grab a nomination or two.