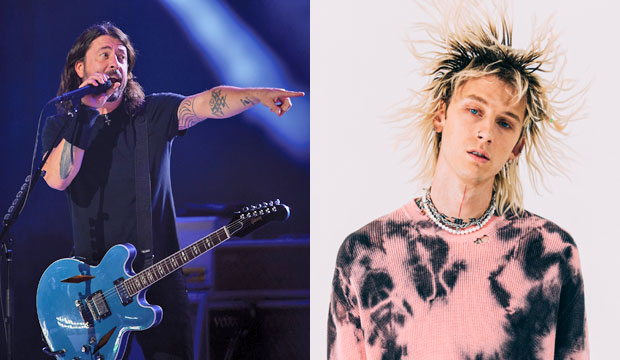 The Grammy nominations in the rock field were some of the most controversial this year, with young sensations like Machine Gun Kelly, Maneskin, and Miley Cyrus shut out, as were more indie critical darlings like Wolf Alice and Black Midi, in favor of older veterans like Foo Fighters, AC/DC, and Paul McCartney. Still, the nominations are out, so it’s time to predict who will claim one or two wins this year in these very controversial lineups.

This category has previously gone to passion picks, especially when the artist has passed away. Leonard Cohen, David Bowie, and Chris Cornell have all won posthumous Grammys here, which is why I think Cornell could likely repeat. Not only did he get an additional Best Rock Album nomination, but his nominated song in this category is a cover of Prince/Sinéad O’Connor’s classic “Nothing Compares 2 U.” The cover might also have sentimental value if it reminds voters of when Cornell covered the song for the first time after Prince’s death as a tribute. So it seems like Cornell’s version of this classic might be too hard to resist. Still, Foo Fighters could easily win here given that their nominated song was a big rock hit and that they’re Grammy darlings with 11 career wins so far. If not them, then AC/DC’s “Shot in the Dark,” which got an additional nomination for Best Music Video, could pull a surprise win.

Will win: Chris Cornell, “Nothing Compares 2 U”
Likeliest to upset: Foo Fighters, “Making a Fire”
Possible dark horse: AC/DC, “Shot in the Dark”

SEEDrake withdrew his own 2022 Grammy nominations just as voting started

With no Chris Cornell in the mix, Foo Fighters might claim the win here. “Waiting on a War” was another big hit on rock radio, and Foo Fighters are the only act this year to be nominated in three rock categories (Cornell and Black Pumas weren’t eligible for Rock Song). However, another veteran in the mix is Paul McCartney, who could attract older voters.

“Distance” by Mammoth WVH (a band fronted by the late Eddie Van Halen’s son Wolfgang Van Halen, in case you didn’t know) could earn some sympathy votes and was also a number-one rock radio hit. And while I don’t think they will win, “The Bandit” by Kings of Leon and “All My Favorite Songs” by Weezer were both successful on alternative radio and could perhaps upset. So while Foo Fighters should have an easy win here on paper, watch out for a possible surprise win from any of the other four.

This category will be another Cornell vs. Foo Fighters face-off, but I’ll give Foo Fighters the edge here. While voters could just name-check Cornell in both of his categories, his album might carry less emotional weight than “Nothing Compares 2 U” since that’s such an iconic song and easily the standout track on the album. Besides that, the Foo Fighters album did very well on rock formats, scoring multiple number-one hits there. A surprise win could happen courtesy of Paul McCartney, who is such a legend that he shouldn’t be underestimated (he’s an 18-time Grammy winner after all), especially if most voters skew older. Still, “Medicine at Midnight” will probably win in the end.