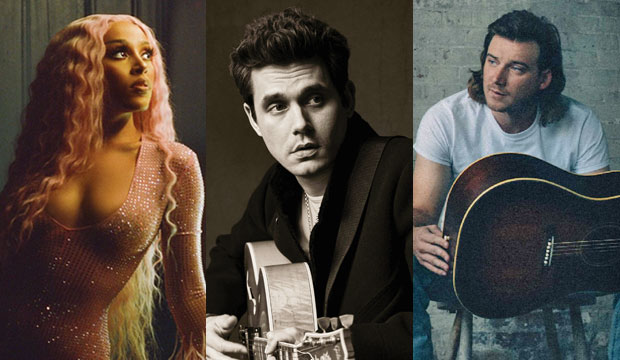 Over the years, we’ve seen a very odd trend at the Grammys: albums missing their respective genre categories, yet still getting into Album of the Year. This seemed to be a case mostly for critically acclaimed albums that might not have been the biggest sellers — see Lana Del Rey’s “Norman F*cking Rockwell,” HAIM’s “Women In Music Pt. III,” Janelle Monáe’s “Dirty Computer,” and Lorde’s “Melodrama.” Still, this trend wasn’t only reserved to critical darlings, as Post Malone’s “Hollywood’s Bleeding,” Jacob Collier’s “Djesse Vol. 3,” Sara Barellies’s “The Blessed Unrest,” and H.E.R.‘s “I Used to Know Her” all followed the trend. But those anomalies occurred when nomination review committees could pick and choose the final contenders from among the top 20 vote-getters regardless of how the genre categories shook out. Now without the committees, the question is whether all Album of the Year nominees will be backed up with genre noms. But let’s consider a few albums that could keep the trend alive, even without the panels.

Doja Cat’s “Planet Her” is a prime example of an album that may have the cross-genre appeal to get into Album of the Year (especially with eight slots) but might not be that big of a hit among pop voters specifically (it will likely be submitted to Best Pop Vocal Album, as was Doja’s “Hot Pink”). “Planet Her” is an eclectic mix of sweet pop bops, hip-hop bangers, and even some R&B-inspired cuts like her collaboration with The Weeknd, “You Right.” As such, even if it falls short of the top five in this year’s highly competitive Pop Vocal Album race, other blocs could give it a boost to get into Album of the Year. She’s been in the general field before: she was nominated for Best New Artist last year, along with Record of the Year for her hit “Say So.”

Another artist in a similar predicament is Lil Nas X for his upcoming debut album, “Montero.” Nas has stated that he plans on submitting his album to pop, which as mentioned above is very crowded. As such, while “Montero” could get certainly a Pop Vocal Album nomination, it could also fall victim to a genre bias pop voters have shown. Albums like Post Malone’s “Beerbongs and Bentleys,” The Weeknd’s “After Hours,” Lana Del Rey’s “Norman F*cking Rockwell,” and Nas’s own “7” have missed Pop Vocal Album likely due to the fact that the albums aren’t only pop, or that the artists themselves are not perceived as primarily pop stars. This might have also been why Taylor Swift’s “Folklore,” which was predicted to win the category earlier this year, ended up losing to Dua Lipa’s “Future Nostalgia,” a more clearly pop-oriented record with multiple pop hits. Thankfully, Nas has something that Post, The Weeknd, and Lana all lack: a previous pop Grammy (for “Old Town Road”). So we know that pop voters do know Lil Nas X and care about him enough to award him. Still, even if the record misses Pop Vocal Album by a small margin, it could totally get enough hip-hop support to put it among the top eight vote-getters in the top category.

Moving from pop to rock, we have John Mayer with “Sob Rock.” The album will likely compete for Best Rock Album, but it’s mellower than one might expect from a rock album, being inspired by ’80s soft rock songs. Furthermore, Mayer’s voter base might be a little more in pop than rock; most of his Grammys are in the pop field. So even if Mayer misses Best Rock Album by a hair, his appeal to pop voters (especially older voters who might love his AC sound) could still earn him an Album of the Year nomination. Mayer isn’t a stranger to the Grammys either. He’s won seven, including five in pop, one in rock, and a Song of the Year award for “Daughters.” “Sob Rock” would be the singer-songwriter’s third Album of the Year nom, following “Continuum” and another for his work as a featured artist on Frank Ocean’s “Channel Orange.”

Finally, we’ve got a bit of a controversial one: Morgan Wallen’s “Dangerous: The Double Album.” Nashville and the country scene seem to have mixed feelings about him following his use of a racial slur, first banning him from the radio, but now slowly starting to allow him back in. Still, Wallen’s brand of country is very crossover-friendly, and people who aren’t even country fans might have no issue with checking him off on their ballots; even Justin Bieber seemed to be oblivious to the controversy when he promoted the album. So there could be a case where country voters avoid Wallen, but other voters are less hesitant to nominate him despite his reputation. We’ll see how Nashville truly feels about him at the upcoming CMAs, where “Dangerous” will be eligible for Album of the Year even though he’s been disqualified from individual artist categories.