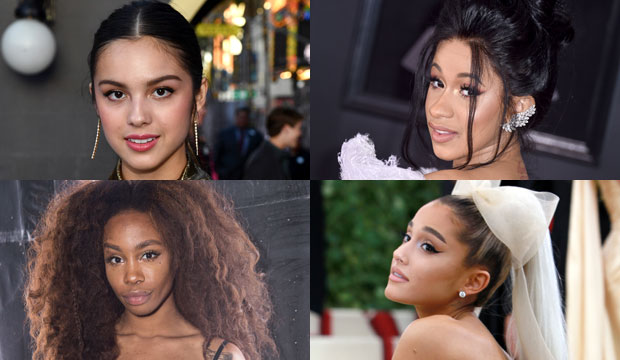 As 2021 continues to bloom with new music every day, it’s time to start highlighting some early contenders for the 2022 Grammy Awards. Despite this being a weird awards season due to the COVID-19 pandemic, there are a lot of songs that can strike up Grammy glory, and typically the Record and Song of the Year winners come out in the first half of the eligibility period (this new season being September 1, 2020 to August 30, 2021).

First off, a couple of last season’s releases are eligible this year since they weren’t submitted for consideration for the 2019-2020 season. The biggest of these is Cardi B’s “WAP” featuring Megan Thee Stallion, which became a monstrous phenomenon last year and was acclaimed as well. It’s hard to tell “WAP’s” fate. Post Malone’s “Circles” was able to maintain enough hype to get noms a full year after it first hit. However, “WAP” does feel a little old (it’s not charting anymore on the Billboard Hot 100). Cardi B is also expected to release a new album this year, with her song “Up” recently coming out. There’s a good chance her team decides to go with “Up” since it too is a big hit, recently topping the Hot 100.

SEEGrammys announce airdate for 2022, and now you can make your predictions in top categories

Two other contenders were saved for this year: Conan Gray’s “Heather” is one of those; it could net a Song of the Year nom due to being self-written and quite baity for the Grammys (it has similar themes of unrequited longing as Little Big Town‘s past Song of the Year nominee “Girl Crush”), though just like “WAP,” it may feel too old now. The other is Morgan Wallen’s “7 Summers,” but due to his controversy for using racial slurs, he’s probably not getting any Grammy attention soon (or maybe ever, for that matter).

As for songs released since September 1, the biggest so far is definitely Olivia Rodrigo’s “Drivers License.” It became a huge smash, going platinum in two weeks and spending eight weeks atop the Billboard Hot 100. “Drivers” is also quite Grammy-baity; we all know voters cannot resist awarding young female singer-songwriters, and Rodrigo could very well have her Lorde/Billie Eilish moment with this confessional breakup ballad. She’s probably the front-runner for Best New Artist so far, and “Drivers License” could very well sweep if it connects with NARAS voters.

Other huge hits this year have come from established stars and past Grammy nominees. Justin Bieber’s “Holy” could get a Record of the Year nom, while “Lonely,” co-written with Grammy favorite Finneas, might be a shoo-in for Song of the Year. Also look out for “Peaches” featuring Daniel Caesar and Giveon: it’s the first song from Bieber’s new album “Justice” to reach number-one.

Bieber’s friend and occasional collaborator Ariana Grande is also looking for some Grammy love for her chart-topper “Positions” and maybe even her viral hit “34+35.” Out of the two, the former makes more sense for her to submit since it’s a bigger hit and a safer choice (“34+35” is all about a particular numerical sex act), but Grande has made some counterintuitive submissions before (“God is a Woman” over “No Tears Left to Cry” comes to mind). “Positions” the album could also potentially get into Album of the Year, where it may go head-to-head against Taylor Swift’s “Evermore” after Swift just won that award for “Folklore.”

SEESeriously though, how did that weird Taylor Swift Grammy win for ‘Folklore’ happen?

Speaking of Swift, her hit “Willow” is a contender to get into Song of the Year as well. Other 2021 Grammy winners could be back in 2022 too: Dua Lipa’s “Levitating” featuring DaBaby could sneak into Record of the Year, as could Megan Thee Stallion’s “Body” and Eilish’s “Therefore I Am.”

R&B superstars are also in the game this year. SZA’s “Good Days” peaked at number-one on the Spotify US charts and solidified itself as one of the biggest hits of the year so far, so it could easily get a few nominations, depending on how much the R&B committee is riding for it. The song is definitely helped in the general field by being co-written by this year’s surprise Album of the Year nominee Jacob Collier.

Besides SZA, another general field player this year could be Jazmine Sullivan, who’s getting some major hype for her album “Heaux Tales,” and she recently did an “NPR Tiny Desk Concert.” Newcomer Arlo Parks is in the same boat, possibly scoring a Best New Artist nom and maybe even an Album of the Year bid for “Collapsed in Sunbeams.” Finally, repeated Grammy favorite H.E.R. cannot be forgotten, especially with her single “Damage” becoming one of her highest-charting hits, and her song “Fight For You” from “Judas and the Black Messiah” earning her an Oscar nomination.

Finally, there’s a couple of artists whose eligibility is uncertain. This year’s snubbed Best New Artist contenders like Blackpink, Conan Gray, and Sabrina Carpenter could perhaps be deemed ineligible if they try again for that category in 2022. And who knows if any artist is gonna pull a Black Pumas and release a deluxe version of a previously released album just long enough for it to be eligible. You can never be too sure of anything at the Grammys.