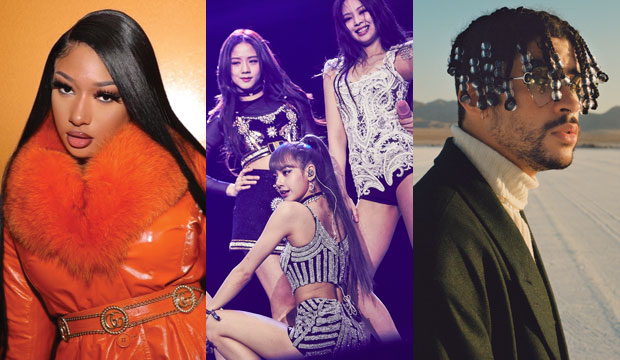 It’s no secret that award shows often struggle with diversity. Moments like #OscarsSoWhite and #GrammysSoMale have been responses to the constant disrespect some award shows have shown to marginalized groups, particularly women and people of color. In particular, the Grammys have had a rocky relationship with representation, struggling less with who they nominate and more with who wins. A lot of people have also felt like the Grammys relegate artists of color — especially Black artists — to “Black” categories like R&B and rap, while going for pop, rock, and country more often in top categories. But this year, with a landmark number of diverse artists from every part of the world eligible for consideration, how could 2022 Grammys diversity turn out?

Hip-hop has had an amazing year. Two of the biggest music events of the year just happened: the releases of Kanye West’s “Donda” and Drake’s “Certified Lover Boy,” both of which should be in the race for Album of the Year nominations. The genre also gave us some year-defining hits, like Cardi B’s “Up,” Lil Nas X and Jack Harlow’s “Industry Baby,” Megan Thee Stallion’s “Body,” and Polo G’s “Rapstar.” However, the elimination of the nomination review committees might actually hurt hip-hop contenders if voters at large aren’t as friendly to the genre (as has been the case in the past), or if the genre isn’t well represented among the voters. Still, it’s going to be way too hard to actively snub rap in every general field category given the sheer number of top contenders.

Another genre having a massive splash stateside is Latin music. The biggest crossover contender here is obviously Bad Bunny, who scored a top-five hit this year with “Dákiti,” as well as another top-10 hit with “Yonaguni,” neither of which include any English lyrics at all, which is quite impressive. Bunny could get into Record of the Year for the former, or even a surprise Album of the Year nom for his record-breaking “El Último Tour Del Mundo.” Other Latin acts who could get in are Rauw Alejandro for Best New Artist after the success of his crossover hit “Todo De Ti,” and Kali Uchis with her hit “Telepatía.”

K-Pop has also had a great year, mostly courtesy of hit-makers BTS. The genre could get its first general field nomination for Record of the Year with “Butter,” especially if the boy band campaigns. K-Pop girl group Blackpink could also get a nomination for Best New Artist and, while not a K-Pop artist, acclaimed Japanese-British pop star Rina Sawayama could push Asian representation in the general field further forward, as she’s a contender for Best New Artist. Likewise, Filipino-American artist Olivia Rodrigo is likely a lock for all general field categories, and her fellow pop star friend Conan Gray (who is of Japanese descent) could get into Best New Artist.

SEEBTS hit ‘Butter’ is officially Billboard’s 2021 Song of the Summer, which is a good sign for the Grammys

A lot of other genres could also get in. R&B is having a great year, so nominations for H.E.R., Giveon, Silk Sonic, and Jazmine Sullivan should be on their way. Americana music could keep its resurgence with Brandi Carlile’s single “Right On Time” or Sturgill Simpson’s albums “The Ballad of Dood and Juanita” or “Cuttin’ Grass.” Country’s best shot is probably Chris Stapleton‘s “Starting Over” for Album of the Year and Gabby Barrett for Best New Artist. And rock music will likely be represented by Foo Fighters.

Besides genre, a lot of artists from different parts of the world could surprise. Afrobeats song “Essence” by Wizkid and Tems has proven to be a big hit, so it could be a Record of the Year contender, while Tems could be in the mix for Best New Artist. Italy could be represented with the rock band Maneskin, which has a good shot at a Best New Artist nomination. And as per usual, many contenders from the UK are looking for noms, from indie pop band Glass Animals and their hit “Heat Waves” to BNA hopeful Celeste, and obviously Ed Sheeran with his massive smash “Bad Habits.”