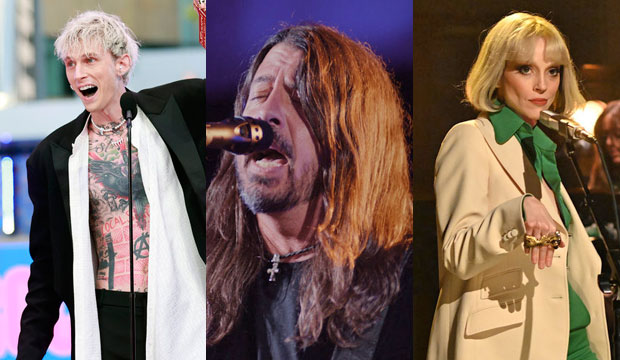 The rock and alternative fields at the Grammys are always interesting. Due to their eclectic mix of hard rock, alternative pop, and pop/rock, the fields are often a fun blend of commercial and critical picks, as well as some beloved industry players we see often. This year in particular, with no nomination review committees to filter the noms, who could we see get recognition in these coveted categories?

First, let’s start with last season’s leftovers. Music from some of the 2021 nominees is eligible, with the exception of tracks from Best Alternative Album winner “Fetch the Bolt Cutters” by Fiona Apple, Best Engineered Album winner “Hyperspace” by Beck, and Best Rock Album winner “The New Abnormal” by The Strokes (and any other Grammy-winning album in other genres).

That’s because the Grammy rules state, “A track or single from a previous year’s album is eligible … provided the recording was not entered as a track or single the previous year and provided the album did not win a Grammy in a performance category.” So we could see submissions like Phoebe Bridgers’s “I Know The End” after her controversial “SNL” performance, or even tracks from 2020 albums that were snubbed last year, like Rina Sawayama’s “Dynasty” or The Killers‘ “Dying Breed.”

As for more recent releases, there are a lot of strong contenders for noms this year. Among commercial successes, the biggest artist right now in this genre is undoubtedly rapper-turned-rock star Machine Gun Kelly. His album “Tickets to My Downfall” was crowned Top Rock Album at the Billboard Music Awards, and has had tremendous chart success as well as some warm critical reception (definitely career-best for MGK).

Kelly could also show up in the song categories with his crossover hit “My Ex’s Best Friend” alongside Blackbear. And speaking of Blackbear, his collab with pop/rock band All Time Low, “Monsters,” could also net multiple noms. Other big bands with rock airplay hits this year include two-time nominees Bring Me the Horizon’s “Teardrops,” Seether’s “Bruised and Bloodied,” and Greta Van Fleet’s “Heat Above.”

As always, you shouldn’t underestimate veterans at the Grammys. Foo Fighters could nab yet another nom for their latest collection, “Medicine At Midnight,” which could get them a record-breaking fifth Best Rock Album win. They’re also contenders for that album’s lead single, “Shame Shame.” Another veteran in the conversation is Paul McCartney, whose “McCartney III” could earn him some comeback noms after his 2019 snub for “Egypt Station.”

Likewise, Evanescence‘s “The Bitter Truth” could bring the group back to the Grammy party for the first time in 14 years, and you should never rule out a nomination for Weezer, even with a project as critically polarizing as “Van Weezer” (they also released another better-reviewed album this year that’s eligible, “OK Human“). And keep an eye on Kings of Leon’s “When You See Yourself” and especially their huge triple-A hit “The Bandit.”

There are also the critical darlings that usually show up in these categories. St. Vincent’s “Daddy’s Home” is close to a lock for a Best Alternative Album nomination (and possibly a win), Julien Baker’s “Little Oblivions” could net the alt star her first Grammy nom following in the footsteps of her fellow Boygenius alum Phoebe Bridgers, and Girl In Red’s Taylor Swift-approved “If I Could Make It Go Quiet” could earn her a sweet Best New Artist/Best Alternative Album combo.

Finally, there are crossover artists who could perhaps submit to the rock field. I wouldn’t be shocked if Geffen tries to spread out submissions for Olivia Rodrigo and enter her recent number-one hit “Good 4 U” for rock consideration. Pop/hip-hop breakout The Kid LAROI’s “Without You” has seen success among alt crowds, so that wouldn’t be farfetched either. And there are also songs from Taylor Swift’s “Evermore” featuring the likes of HAIM, Mumford and Sons, and Bon Iver, all past rock/alt nominees.

Other pop artists who could submit music in rock or alternative include Billie Eilish, AJR, Twenty One Pilots, and Coldplay; Pilots have already earned a rock nomination, and Coldplay have claimed multiple alternative trophies.