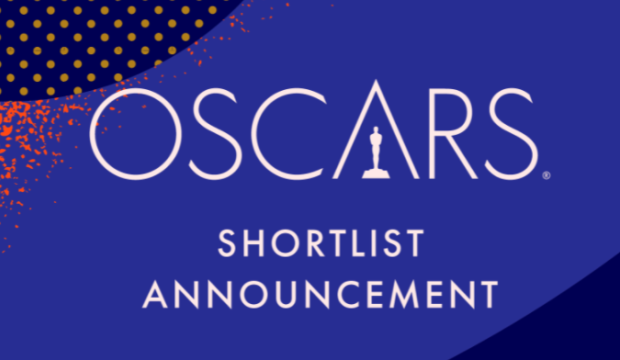 Man, those short film categories can be a real hassle, can’t they? It can be really tough to try and gauge what has a chance at winning and trying to predict what will get nominated can be even more of a headache. Well Derbyites, you no longer have reason to fear as we have your back on this! We’ve reviewed the shortlist for Best Documentary Short and have provided you with descriptions of each one of the 15 finalists that you can use to help select the five that you think will get nominated in our predictions center.

“Águilas” – Tells the story of Águilas del Desierto, or the Eagles of the Desert, a non-profit organization that conducts search and rescue missions for migrants lost along the United States’s border with Mexico.

“Audible” – The football team for the Maryland School for the Deaf attempts to keep up their winning streak while also trying to process the death of one of their dear friends.

“A Broken House” – A young man from Syria comes to the U.S. to study architecture and creates models of his old neighborhood in Damascus. After his family is displaced by the civil war in the country, his frustration reaches a breaking point that also becomes a symbol of hope for other refugees from the wartorn country.

“Camp Confidential: America’s Secret Nazis” – During World War II, a group of young Jewish refugees who are sent to a secret POW camp near that nation’s capitol discover that the prisoners being held there are Hitler’s elite scientists.

“Coded: The Hidden Love of J.C. Leyendecker” – Examines the life of Leyendecker who would become a pioneer for LGBTQ representation in advertising.

“Day of Rage: How Trump Supporters Took the U.S. Capitol” – A six-month investigation by The New York Times mapped and synchronized thousands of videos and police audio to give a detailed picture of what happened at the U.S. Capitol on January 6.

“The Facility” – At the start of the pandemic, a group of detained immigrants begin to organize and protest, demanding protections and to be released, but the officials who run the site are intent on making sure their voices aren’t heard.

“Lead Me Home” – Tells the stories of people who are living on the streets of Los Angeles, San Francisco and Seattle.

“Lynching Postcards: ‘Token of a Great Day’” – The lynching of Black people by White mobs were often commemorated through postcards as mementos of the events. A group of Black activists used these to expose the horrific violence that Black people faced in America.

“The Queen of Basketball” – Explores the career of Lucy Harris, who won three national championships, scored the first points in women’s Olympic basketball and was drafted into the NBA.

“Sophie & the Baron” – An examination of the friendship that developed between two artists: Photographer Baron Wolman towards the end of his career and Sophie Kipner at the beginning of her’s.

“Takeover” – In 1970, a young group of Puerto Rican activists called The Young Lords commandeered Lincoln Hospital in the Bronx demanding health care for all.

“Terror Contagion” – From Laura Poitras, who won an Oscar for Best Documentary Feature for “Citizenfour” in 2014, comes an examination of Israeli cyberweapons manufacturer, NSO Group, and how they use their program, Pegasus, to target journalists and human rights activists around the world.

“Three Songs for Benazir” – Shaista falls in love with Benazir but he still must make agonizing choices in order to build a life with her.

“When We Were Bullies” – A man attempts to reconnect with his fifth-grade classmates and his fifth-grade teacher in order look into a bullying incident that took place at their school 50 years ago.

One key takeaway from this shortlist is that three of the finalists were produced by Netflix, which has won this category for two of the last five years: “The White Helmets” in 2016 and “Period. End of Sentence” in 2018. The Netflix distributed shorts that made this list are “Audible,” “Camp Confidential: America’s Secret Nazis” and “Lead Me Home.”

Shorts that are a part of The New York Times’s Op-Docs series also have a decent track record of getting nominated: “4.1 Miles” (2016), “Walk, Run, Cha-Cha” (2019) and “A Concerto is a Conversation” (2020).  Two of this year’s shortlisted projects were a part of that New York Times series: “The Queen of Basketball” and “Takeover.” “Day of Rage” was produced in conjunction with reporters from The Times but was not a part of their Op-Docs series.

Another recent trend in this category is recognizing shorts that with subject matter that can be considered timely and important. Six of the last ten winners fell into this category: “Saving Face” (2011), “Crisis Hotline: Veterans Press 1” (2014), “A Girl in the River: The Price of Forgiveness” (2015), “The White Helmets” (2016) and “Period. End of Sentence” (2018). Six of this year’s shortlisted films are under that umbrella: “Águilas,” “A Broken House,” “Day of Rage,” “The Facility,” “Lead Me Home” and “Terror Contagion.”