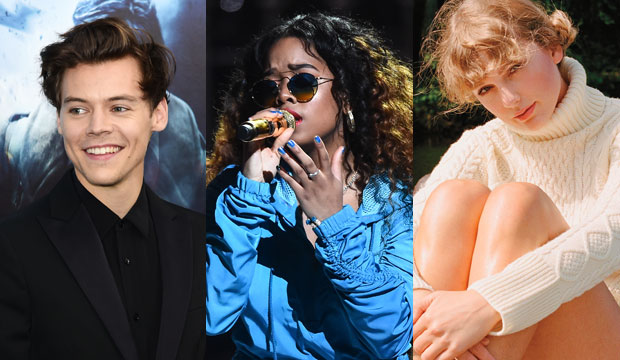 It’s Grammy Sunday and that can only mean that our savvy and outspoken Gold Derby forum posters, many of whom are industry insiders hiding behind cyber handles, are busy giving us their reactions to the 63rd Annual Grammy Awards.  They held nothing back when reacting to host Trevor Noah, history-making wins for Beyonce and Taylor Swift, and shocking snubs during the event that aired live on CBS and Paramount+. Check out the complete list of winners here.

The ceremony had many cheering but left just as many infuriated when it came to the night’s winners and losers. What were the upsets that left them absolutely shocked? Which winners were they cheering for the most? And which defeats struck our users the hardest? Take look at a sampling of reactions from our forums below, and join their discussions here.

toxique: “Trevor Noah is so hot.”

Robinladen: “I’m not always into Harry Styles, but damn he looking fine as hell tonight.”

goldrush: “I have always wanted this Academy Awards format of highlighting the artists and the songs up for major awards. It makes the ceremony feel more prestigious. Kudos Grammys!”

Fleur: “I can’t believe I’ll say that but DaBaby has the best performance so far and by far! I am impressed!”

lhdang2000: “Yas we’re finally having dancers and choreography. ‘Levitating’ is my most favorite song from Dua so I’m glad it’s performed at the Grammys.”

ciguanaba: “Dua looking like she’s a background dancer in a rapper’s video set on a yacht”

DeuxSkyfall: “My favorite song from ‘Folklore,’ plus Taylor’s set is gorgeous.”

JGibson: “Never seen an ‘In Memoriam’ so beautiful.”

Jody: “Honey, get it Mickey Guyton!  I knew those old white voter dudes would NOT vote her Best Country Solo Performance.”

supermodelslegs: “I just love Megan so much. Maybe it’s because we’re both Aquarius suns and Leo moons. But she’s just the best.”

ciguanaba: “If Megan is going to shake that ass like that I want at least a male dancer to do the same. Also WTF is this song.”

M: “I really didn’t expect to enjoy this year’s ceremony this much, between the surprise winners and the great performances, it’s a huge improvement overall. They redeemed themselves.”

toxique: “[Megan Thee Stallion & Cardi B had] the most ratchet Grammy performance ever! I loved it.”

Reactions to winners and losers

JDM: “Good for Miranda [Lambert, winner of Best Country Album]! I like ‘Bluebird,’ the harmonies in the chorus are really nice.”

Ms. Trunchbull: “Not Miranda winning for her weakest album ☠️”

KaRol: “Harry won over four performers with [general field] nominations for their songs. Previously only Adele and Pharrell managed to do that with their live versions of their hits.”

chem_x: “Betting against [Best Melodic Rap Performance winner] Anderson is always a mistake, yet I refuse to learn my lesson.”

Atypical: “I predicted ‘I Can’t Breathe’ from the moment it was nominated. This was a BLM anthem that couldn’t be denied. H.E.R. JUST DID THAT, BITCHES!!!”

ELIAS: “So H.E.R. wow wow! Finally they choose talent instead of numbers! About f***ing time! H.E.R. a SOTY winner!”

M: “Beyoncé is so amazing. She doesn’t show up to collect her own awards but she shows up to support Megan. What a beautiful human being.”

syrus80: “Congrats to Dua [for winning Best Pop Vocal Album for ‘Future Nostalgia’]. It took forever for something else good to happen tonight.”

Ziggly: “Lil Baby should have won Best Rap Song [for ‘The Bigger Picture’].”

joesilver: “Wow, Taylor won [Album of the Year for ‘Folklore’] without winning anything else. First time an AOTY winner loses their genre category against another AOTY nominee.”

Deemy: “Taylor and the Grammy producers were in cahoots. She knew she was winning since January. Ain’t no way you lose every other category but the big one. RIGGED!!!”

Alexandra: “Taylor literally did the impossible. Taylor poured her heart and soul into that album and made a masterpiece that embodied how all of us were feeling during the pandemic. This is probably one of the most deserving AOTY wins ever. ‘Folklore’ is her magnum opus IMO.”

Jody: “Honey, Billie Eilish was right to give props to Megan Thee Stallion, who they robbed in ROTY.”

Milk Money: “So as usual, Beyonce wins the most awards of the night while Taylor gets the biggest prize.”