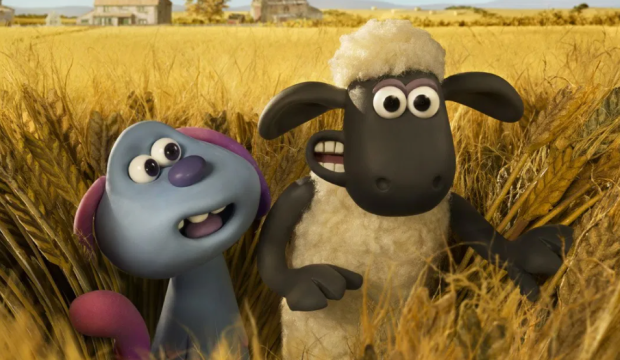 Five years after reaping an Best Animated Feature bid at the Oscars for “Shaun the Sheep Movie,” Aardman Animations returns to the race with the sequel “Farmageddon.” The film was released in the UK in 2019 and contended at the BAFTAs last spring. Netflix has streamed the film stateside and it is well-positioned to number among this year’s five nominees at the Academy Awards.

Fans of the stop-motion style of animation know that Aardman is a leader in the field: it has earned eight nominations for Best Animated Short and won that Oscar three times (“Creature Comforts,” 1992; “Wallace & Gromit: The Wrong Trousers,” 1995; and “Wallace & Gromit: A Close Shave,” 1997). And the British studio pulled off a big upset at the Academy Awards in 2006 with a win for “Wallace & Gromit: The Curse of the Were-Rabbit” over another stop-motion film “Corpse Bride” and the Japanese anime entry “Howl’s Moving Castle.”

“Shaun the Sheep Movie” lost its Oscar race to the Pixar pic “Inside Out.” That animation powerhouse has two strong contenders this year with “Onward” and “Soul.” Also well-positioned is the Universal entry “The Croods: A New Age,” a sequel to the 2013 toon “The Croods.” That caveman cartoon earned a Best Animated Feature bid; it lost to Disney’s blockbuster “Frozen.”

“A Shaun the Sheep Movie: Farmageddon” has fared as well with critics as the original film. Rotten Tomatoes gives it a score of 96%. The critical consensus says “it retains the charm of its small-screen source material while engagingly expanding the title character’s world.”