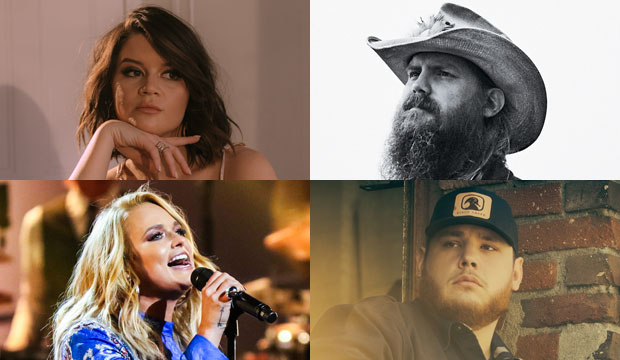 The ACM for Entertainer of the Year is one of the biggest awards in country music. In recent years it has gone to huge country stars like Keith Urban, Jason Aldean, Taylor Swift, and more. This year the all-male lineup consists of Thomas Rhett, Luke Combs, Eric Church, Luke Bryan, and Chris Stapleton. So which one of them has the advantage?

Typically, looking at tour grosses for the year would be a good indicator of who might win, but this year we don’t have that due to COVID-19 shutting down concerts. If we judge instead by sheer industry impact, then the obvious winner here should be Combs, who had a phenomenal 2020 with his “What You See Is What You Get” album continuing to rule the charts, including multiple top-40 hits on the Billboard Hot 100 and multiple weeks on top of the Billboard 200.

But this award doesn’t go to the biggest artist most times, at least not recently, and Combs’s album won Album of the Year last year, so there’s no real reason to award him for its achievements now. Rhett already won last year in a tie with Carrie Underwood (who’s not nominated this time), so he might repeat (look at Toby Keith, Kenny Chesney, Swift, and Aldean, who all won consecutively in the last 20 years). But my bet is on Chris Stapleton, who’s beloved by these country industry award shows. Still, with no tour grosses to go off of and no real precedent for a pandemic year, this category could surprise everyone.

Male Artist of the Year

The Male and Female Artist categories don’t need to go to the same person who wins EOTY. In fact, they rarely do: consider Rhett beating Combs in EOTY last year, but Combs winning Male Artist, for example. That said, this category will probably also come down to Stapleton versus Combs, but I’m giving Stapleton the edge; he’s nominated for more awards this year (including Album of the Year for “Starting Over”), so voters might want to switch it up. Stapleton is also a two-time winner in this category, so he’s definitely beloved. But if those two men were to lose, Rhett is probably next in line; he’s also won twice, and his EOTY win last year proves his strong appeal with members of the academy.

Female Artist of the Year

This category will also likely be a two-artist race, between Maren Morris and Miranda Lambert. Morris is competing this year with her smash hit “The Bones,” which is the front-runner for Song and Single of the Year, according to the combined predictions of Gold Derby users. She’s also the reigning champion in this category, so she feels like a safe bet. That said, Lambert’s 2020 wasn’t weak by any means, notching a hit with her “Bluebird” single and winning a Grammy for Best Country Album (“Wildcard”). Lambert has also been a dominant force in this category, winning it nine times already. Could this year be her historic 10th win?

If someone were to upset, it’s definitely Ashley McBryde, who’s nominated for Album of the Year (“Never Will”) and was the 2019 ACM winner for New Female Artist of the Year. McBryde is also a Grammy nominee, and her song “One Night Standards” was a big country hit, so if anyone were to pull off a surprise win against Morris and Lambert, she feels like the one to do so.