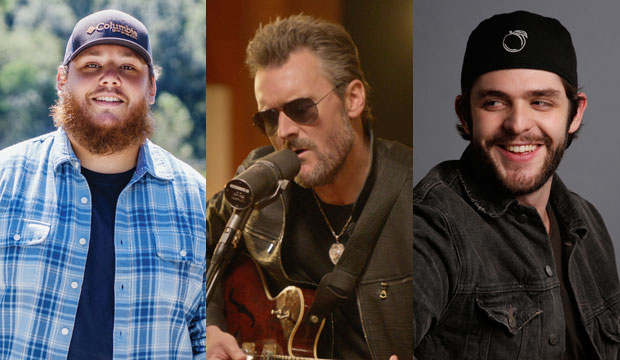 To predict who’s going home with Musical Event of the Year at the 2021 Academy of Country Music Awards, let’s start with who will probably not win. Keith Urban and Pink’s “One Too Many” didn’t make much noise, or at least not as much as the other nominees, so that one is out. Also, this category seems to go for all-country collaborations over pop-country crossovers; songs like “Old Town Road” (by Lil Nas X and Billy Ray Cyrus) “Meant to Be” (by Florida Georgia Line and Bebe Rexha) and “Setting the World On Fire” (by Kenny Chesney and Pink) have all lost to lower-profile songs despite being huge country hits, probably because of the pop artists they feature. So “Nobody But You” (by Blake Shelton and Gwen Stefani) might also be at a disadvantage here.

Any of the other four nominees could realistically win here. Lee Brice and Carly Pearce’s “I Hope You’re Happy Now” was a big hit, but that song just won at the CMA Awards last fall, and this category rarely matches at both events; the last time was in 2014 (“We Were Us” by Urban and Miranda Lambert). It’s hard to say if that’s just a coincidence, but that might put Brice and Pearce in a bad position. Hardy, Devin Dawson, and Lauren Alaina definitely had a major success as well with “One Beer,” but this award typically goes to collaborations between more established acts.

So I see this going one of two ways. If the Luke Combs hype train is still going strong in Nashville after a couple of years of dominant commercial success, combined with the love Eric Church always gets at these awards shows (he just won Entertainer of the Year at the CMAs), expect their collaboration “Does to Me” to win here (the song was also a hit, reaching the top 20 on the Billboard Hot 100).

But watch out for Thomas Rhett’s superstar collaboration “Be A Light.” The song features a country legend (Reba McEntire), two highly respected country superstars (Hillary Scott of Lady A and Keith Urban), and even a Christian music legend who’s crossed over to country (Chris Tomlin). Not only that, but the song’s themes about these trying times due to the pandemic might push it over the top.