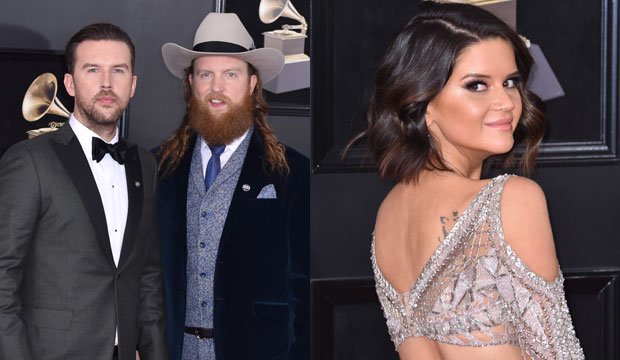 The ACM nominations came out recently, so you know what time it is. Can Maren Morris yet again dominate the country award shows? Will we have a historic Brothers Osborne Album of the Year win? Will Miranda Lambert be snubbed? Let’s take a close look at the races for Album, Single, and Song of the Year.

The AOTY category is less predictable than you might think. A lot of people might just go with Chris Stapleton because, well, he’s Chris Stapleton, but look deeper. His album “Starting Over” somewhat underperformed, which might prompt voters to go for a more passionate pick. In comes Ashley McBryde, whose “Never Will” was up at the CMAs last year but lost to Luke Combs (“What You See is What You Get”), who isn’t nominated here.

McBryde has a lot of love in the industry, winning New Artist of the Year at the 2019 CMAs in an upset against Morgan Wallen (props to the CMAs for dodging that bullet), Midland, and Carly Pearce. So McBryde could edge out Stapleton, though it’s worth noting that all recent ACM winners in this category have also won the CMA equivalent, with the latest split being seven years ago with Kacey Musgraves’s “Same Trailer Different Park” winning the 2014 ACM a few months after Blake Shelton’s “Based on a True Story” claimed the CMA.

Another surprise could come from acclaimed duo Brothers Osborne (“Skeletons”). They could be considered a little overdue for a big awards haul after being consistent ACMs presence for six years now (they’ve won five times, but never for Album, Single, or Song). Additionally, member TJ Osborne recently came out as gay, garnering a ton of support from his peers including Little Big Town, Musgraves, Brandi Carlile, and Dan and Shay, among others who celebrated his coming-out post on Instagram.

So this could be the perfect opportunity to give the duo their biggest awards success after hard work and multiple hits, and also to reinforce the narrative that Nashville has been trying to build of a more inclusive and progressive country music industry.

This award will likely be a heated race between three songs: Morris’s “The Bones,” Gabby Barrett’s “I Hope,” and Lambert’s “Bluebird.” “Bluebird” has the slight disadvantage of not being as big a crossover hit as the other two songs, but Lambert is always one to watch at the ACMs.

The battle between “The Bones” and “I Hope” is pretty tight, since both are major pop hits. But I’m going to give the edge to “The Bones.” It won the equivalent award at the CMAs, and while those two awards don’t always match, in most cases where the winner at one event is nominated at the other, it does. Recent examples include Thomas Rhett‘s “Die A Happy Man” and Shelton’s “God’s Country.”

This award and its CMA equivalent don’t match most times, so using the CMAs here is probably not smart. In fact, the last time they did match was eight years ago, when Lee Brice’s “I Drive Your Truck” won both in 2013. But if a song were to defy that trend, Morris’s huge smash “The Bones” would be it, though we shouldn’t count out a win here for Stapleton, who’s a favorite at these shows and a past winner in this category with “Nobody to Blame” (2016).

This award is typically paired with an artist award, whether it is Male, Female, Duo, or Group, so whoever wins Female Artist is probably ahead out of the three women here as well (Morris is up against McBryde’s “One Night Standards” and Lambert’s “Bluebird”). The winning song is also typically Grammy-nominated too, so I’m going with “The Bones,” with “Starting Over” as a potential upset.