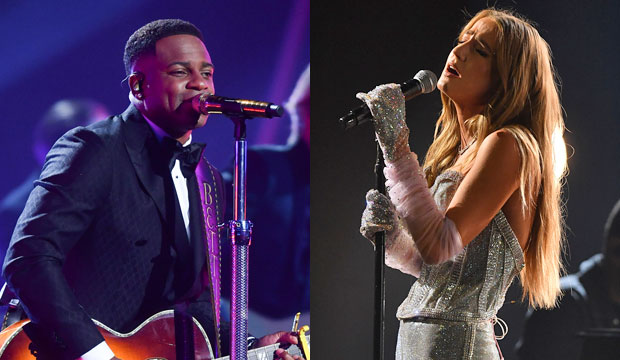 The ACM Awards for New Male Artist of the Year and New Female Artist of the Year are quite hit-and-miss when it comes to anointing future hit-makers. While the awards have gone to country superstars like Maren Morris, Chris Stapleton, and Vince Gill, other winners have turned out not to be as influential in the long run, which makes predicting the winners a little harder than just choosing the highest-profile artist of the bunch.

Take last year, for example. Female nominees included eventual three-time Grammy nominee Ingrid Andress, crossover hit singer Gabby Barrett, and Caylee Hammack — all three of whom are nominated again this year — as well as Lindsay Ell. But the award ended up going to newcomer Tenille Townes, the only nominee besides Hammack with no Hot 100 charting songs.

On the male side, one would’ve thought the obvious front-runner would be Morgan Wallen (ACM voters must’ve seen it coming), Jordan Davis, or maybe even Russell Dickerson, yet Riley Green won the award despite only having two Hot 100 charting hits at the time (the least along with Cody Johnson). This is not to criticize the eventual winners (they were both deserved), but to point out that the ACMs aren’t that commercial when picking the year’s best newcomers.

That said, the ACMs been a lot more predictable in other years. 2019’s winners were pretty much the biggest stars in their categories, especially Lanco for New Duo or Group and Luke Combs for New Male Artist. Ashley McBryde‘s victory for New Female Artist was a little less obvious, but she seems to be beloved by the industry as we’ve seen recently with her multiple Grammy, CMA and ACM nominations over the years, so it made sense. Several other enduring stars have also won like Dierks Bentley, Lady A, Taylor Swift, and more.

So who’s winning this year? New Male Artist seems to be the easier of the two. I think it’ll be a tough battle between Hardy and Jimmie Allen. Hardy is a three-time nominee this year and had a big country hit with his collab “One Beer” featuring Lauren Alaina and Devin Dawson, but the ACMs veer more towards traditional country or country-pop. Allen also has a lot of buzz, scoring two number-one country radio hits in the past couple years and picking up a CMA nom for Best New Artist. In the end, I think Allen might ultimately win since his music is more up their alley, and the ACMs might want to use their platform to promote more diversity in country music; it’d look kind of bad if they awarded Morgan Wallen’s bestie over him too, wouldn’t it?

New Female Artist is a close battle between Andress, Barrett, and Mickey Guyton. Barrett has had the greatest commercial success out of the three, with her single “I Hope” becoming a massive crossover smash that peaked in the top-three of the Billboard Hot 100. That said, Barrett has underperformed at other award shows thus far, snubbed at the Grammys and losing her two CMA nominations last fall, so the industry might not like her as much as the general public does.

Guyton is quite the opposite of Barrett, lacking a real crossover hit but having a lot of hype and industry support (she’s even co-hosting the ACM Awards with Keith Urban). Still, it’s kind of a big gamble to bet on her, especially since she’s had no major radio success so far. So the safest bet in this category might be Andress: she’s considered a “serious” artist with real industry passion behind her (including three Grammy noms), and she also has had commercial success, with her single “More Hearts Than Mine” being a top-40 Hot 100 hit.

The ACMs can be hard to pin down, so don’t rule out a few curveballs here and there. Regardless, we’re excited to see who they decide to anoint with these potentially career-making awards. Will they go for the more commercial picks, or will we see underdog upsets like last year? We’ll have to wait and see.