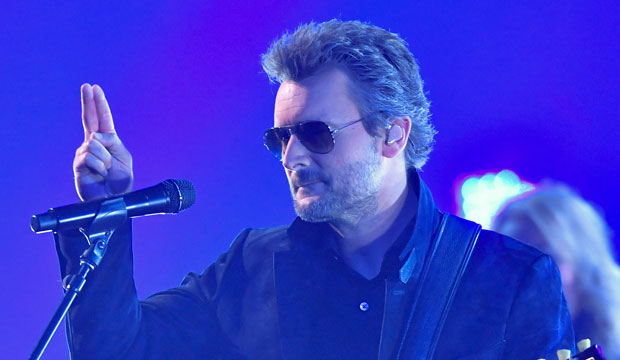 The Academy of Country Music Awards are on Sunday night, April 18, and according to the combined predictions of Gold Derby users, Entertainer of the Year is a two-way race between defending champ Thomas Rhett and potential first-time winner Luke Combs. It’s neck-and-neck between the two, but what about Eric Church? Some of our elite users say he’ll pull off an ACM upset like he did last fall at the CMA Awards.

We thought Carrie Underwood would win Entertainer of the Year at the CMA Awards in November, especially after she had won that same prize at the ACMs a couple of months earlier (tied with Rhett). Not only did Church’s victory surprise us, he actually ranked dead last in our forecasts, behind Underwood, Combs, Miranda Lambert, and Keith Urban. His only other nomination was Male Vocalist of the Year, which may be why only 10 users saw his victory in the top category coming.

While he’s not currently the front-runner to win at the ACMs, we’re not all going to be caught off-guard if he surprises again. He’s predicted to win by five of the Top 24 Users who got the highest scores predicting last year’s ACM winners, and by six of the All-Star Top 24 who got the highest scores when you combine the last two years’ ACM results. He doesn’t have many other nominations at this year’s awards: just Male Artist of the Year and Music Event of the Year for “Does to Me’ with Combs. But of course that wasn’t a problem at the CMAs.

Church has won multiple ACM Awards over the years, including Album of the Year for “Chief” in 2013. But he hasn’t won in any category since 2017. Can he climb back to the top after a few years away? Well, that’s exactly what he did at the CMAs, where his Entertainer of the Year victory was his first in any category since 2016. So don’t be too surprised if history repeats itself.

Make your 2021 ACM predictions at Gold Derby now. Download our free and easy app for Apple/iPhone devices or Android (Google Play) to compete against legions of other fans plus our experts and editors for best prediction accuracy scores. See our latest prediction champs. Can you top our esteemed leaderboards next? Always remember to keep your predictions updated because they impact our latest racetrack odds, which terrify music chiefs and stars. Don’t miss the fun. Speak up and share your huffy opinions in our famous forums where 5,000 showbiz leaders lurk every day to track latest awards buzz. Everybody wants to know: What do you think? Who do you predict and why?