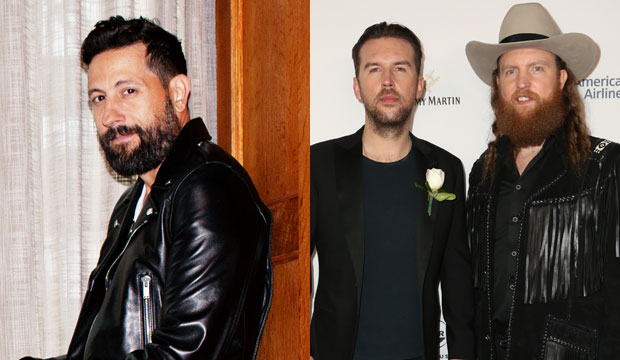 With the 2021 Academy of Country Music Awards approaching, let’s take a closer look at who’s ahead in the races to win Duo of the Year and Group of the Year.

Duo of the Year

We can start by crossing off Brooks and Dunn and Florida Georgia Line, who simply didn’t have the prominence in the last year that the other three nominees had. A Maddie and Tae win would be refreshing; they’d be the first all-female duo to prevail since The Judds 30 years ago. And it wouldn’t be farfetched; they had a hit in 2020 with their song “Die From a Broken Heart,” which peaked at number-22 on the Billboard Hot 100 and number-two on the country charts. However, given how dominant the other two nominees have been, we might see Maddie and Tae snubbed yet again.

Dan and Shay are the most commercially successful duo here, and they’ve won for the last two years. Their song “10,000 Hours” with Justin Bieber peaked at number-four on the Hot 100, and they had an extra top-40 hit with “I Should Probably Go To Bed.” That said, they’ll have to face Brothers Osborne, who have more nominations this year including Album of the Year (“Skeletons”), and who will probably get some extra support after TJ Osborne’s coming out. Nashville might think this is the best year to go all-in on the Osbornes, and perhaps the ACMs are the place to start. Could we see them go all the way to the Grammys too? Maybe, but at the very least I think they’ll win here first.

Group of the Year

Right off the bat we can probably eliminate The Cadillac Three and The Highwomen, who have not had that much commercial success. The Highwomen did win a Grammy for Best Country Song for “Crowded Table,” but that song came out in 2019, not 2020, which is the year these awards are judging.

The heavyweights here are Old Dominion, who have had a strong year, including two Grammy nominations for “Some People Do,” which is also nominated at this ceremony for Song of the Year. The group has won this category for the past three years, and it’s likely that they’ll do it again, mostly due to weak competition. Lady A and Little Big Town are also consistent nominees and past winners, so if there’s anyone to upset it might be them, but they weren’t that prominent in 2020, judging from the fact that they have no other nominations. So I’ll be pretty shocked if Old Dominion loses.