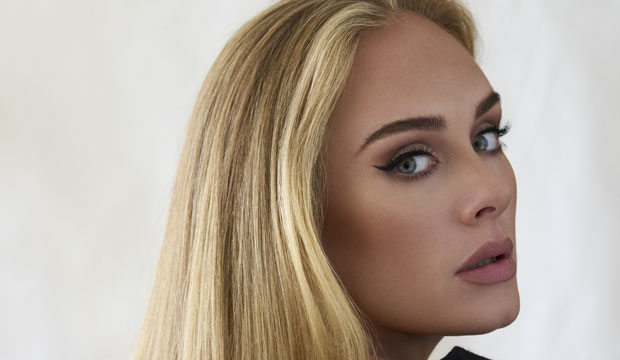 After it debuted with the biggest commercial week of 2021, it’s no surprise that Adele‘s “30” remains on top of the Billboard 200 albums chart for the tracking week of November 26 through December 2. It’s her second straight week on top. But quickly rising under her are holiday albums making rapid December ascents as Christmas approaches. Read more about this week’s chart here.

“30” was way down in its second week, dropping 66% from its remarkable 839,000 equivalent album units to 288,000 based on a combination of traditional album sales, individual track sales, and online streams on platforms like Spotify and Apple Music. In its first week, sales accounted for a remarkable 692,000 of its album units total, which in a single week made it the bestselling album of the enitre year. It added another 225,000 this week in sales, 61,000 in streaming units, and 2,000 in track units.

Taylor Swift‘s “Taylor’s Version” re-recording of “Red” holds steady at number-two for a second week with 102,000 units. But after her we’re seeing the annual resurgence of holiday music. Michael Buble‘s 2011 album “Christmas” rises six spots to number-three with 59,000 units; it returns to the top 10 every year, but this year it has the added benefit of a recently released 10th anniversary edition, plus a new television special airing December 6. Then Olivia Rodrigo‘s “Sour” rebounds four spots back to number-four with 48,000 units. Rounding out the top five is Drake‘s “Certified Lover Boy,” also with around 48,000 units.

But Christmastime is here at number-10 too: Vince Guaraldi Trio‘s iconic “A Charlie Brown Christmas” soundtrack soars 11 spots from number-21 last week, matching its all-time best position — and December has only just begun.