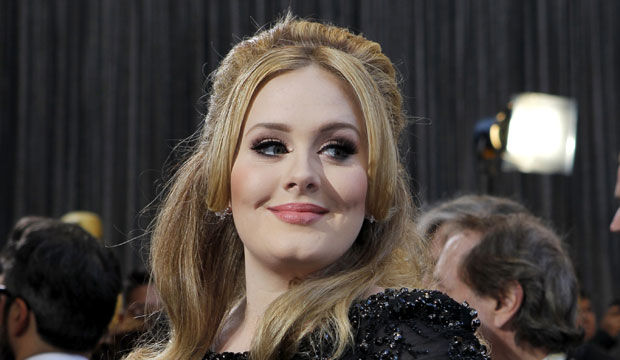 Adele‘s “30” has been dominant on the Billboard 200 albums chart since it was released in November, and no amount of holiday season music has been able to dislodge it from number-one. In the tracking week that ended December 23, it not only remained on top for a fifth straight week, it actually improved its sales performance from week to week. More on this week’s chart here at Billboard.com.

“30” leads the way with 212,000 equivalent album units, which are calculated by combining album sales, track sales, and online streams. That’s actually the album’s best performance since its second week on the chart. Her streams were down 14%, but that was more than offset by album sales increasing by 23%. So while “30” isn’t a Christmas album, it seems to be benefiting from holiday season purchases. God help other artists if she ever did release an actual Christmas album.

SEEGrammys flashback: Tony Bennett has outlived the nominating committees he helped inspire when he won in 1995

Michael Buble‘s “Christmas” is up two spots back to number-two,, up 19% to 77,000 equivalent album units — still a far cry from Adele’s total, and it’s still the only Christmas album in the top five. Taylor Swift‘s re-recording of “Red” holds steady at number-three with 76,000 units, followed by rapper Roddy Ricch‘s new album “Live Life Fast” debuting at number-four with 62,000 units, and chart mainstay Olivia Rodrigo‘s “Sour” staying put at number-five with 61,000 units.

There are other Christmas albums in the top 10, though. The Vince Guaraldi Trio‘s “Charlie Brown Christmas” soundtrack reaches number-six, a new high. Mariah Carey‘s “Merry Christmas” is steady at number-seven. And Nat King Cole‘s “The Christmas Song” is up three spots to number-eight. How will those albums fare on the next chart? The current tracking week includes Christmas Eve and Christmas Day, which are likely to be the peak days for Christmas albums and songs. But there might be a drop-off for the rest of the tracking week as holiday music recedes.