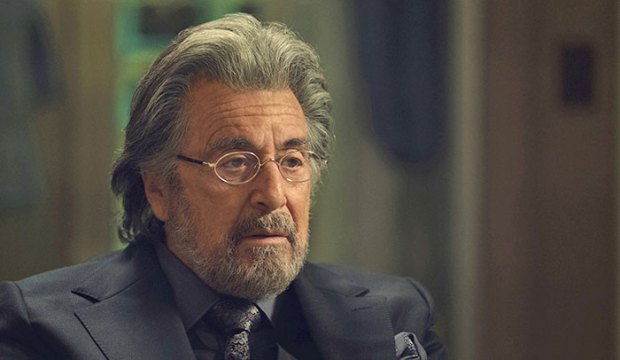 It was big news earlier this year when Al Pacino appeared in his first-ever series regular TV role in the Amazon thriller “Hunters.” But the reviews were somewhat mixed, and the Emmys ultimately passed on it despite its star power. That might not be the last word on the series, though. Pacino is adored by the Hollywood Foreign Press Association that votes on the Golden Globes. Will he get his revenge for this revenge thriller?

Pacino has been nominated for a whopping 18 Golden Globes spanning almost 50 years. He won four of those awards: Best Film Drama Actor for “Serpico” (1973) and “Scent of a Woman” (1992), and then Best TV Movie/Limited Actor for “Angels in America” (2003) and “You Don’t Know Jack” (2010). In-between he received the Cecil B. DeMille Award in 2001 for his lifetime of achievements in the industry.

He was nominated for some of his most iconic films including all three “Godfather” movies (1972, 1974, 1990), “Dog Day Afternoon” (1975) and “Scarface” (1983). But the HFPA also nominated him for performances that didn’t get much traction anywhere else. His Globe nom as the title race car driver in “Bobby Deerfield” (1977) was the only awards recognition anywhere for that film. Similarly, his Globe bid as a playwright in “Author! Author!” (1982) was that film’s only citation, not counting a Razzie bid for Worst Original Song.

SEE‘Bridgerton’: 5 reasons you should not underestimate the Netflix drama at the Golden Globes

His 1989 film “Sea of Love” earned him another nomination as a detective who becomes involved with a murder suspect: that film also received nominations from the Chicago Film Critics Association for lead actress Ellen Barkin and supporting actor John Goodman, but not much else. More recently, he earned a Globe nom for playing an aging rock star in “Danny Collins” (2015), but there was little other awards attention for that one too. So you can never count out Pacino, even for a show like “Hunters” that has mostly been overlooked.

And it’s a showy, blustery performance — as he’s often known for — playing Meyer Offerman, a Holocaust survivor who leads a team of vigilantes hunting down fugitive Nazis in the 1970s. As of this writing three Expert journalists are predicting Pacino to be nominated for Best TV Drama Actor. So are three of the Editors who cover awards year-round for Gold Derby. And five of our Top 24 Users, who got the highest scores predicting last year’s Globe nominations, agree.