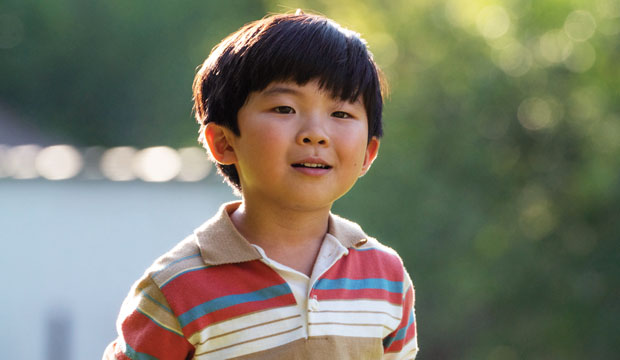 “Minari” has steadily accrued major Oscar buzz, with nominations and wins from just about every awards group out there. Steven Yeun and Yuh-Jung Youn have collected most of the attention among the film’s cast, including individual nominations at the SAG Awards, which makes them likely contenders for Oscar bids. But the love for “Minari” might not end there. At the center of the film is Alan Kim who plays David, a young boy adjusting to life on his family’s new farm and struggling to connect to his Korean grandmother (Youn). If voters respond to “Minari” in a major way, Kim might be able to snag a surprise Best Supporting Actor nomination at the Oscars.

Kim is the film’s emotional core. We experience this unpredictable new environment through David’s eyes, with Kim capturing the curiosity and moodiness that come with being a child. His scenes with his grandmother are some of the highlights of the film, such as when she tells David he’s a pretty boy and he defiantly insists he’s not pretty, he’s good-looking. Even without having acted before, Kim is able to bring his character to life as we see David become braver and braver with guidance from his grandmother.

So far, Kim has been nominated in youth performance categories by critics groups, as well as for ensemble prizes, most notably at the SAG Awards. He is being campaigned in Best Supporting Actor for the Oscars, and while he hasn’t made much of a dent at precursor awards so far, he does have a shot of landing a surprise nomination there. There is still room to maneuver in this category beyond the three most likely contenders, Sacha Baron Cohen (“The Trial of the Chicago 7”), Golden Globe winner Daniel Kaluuya (“Judas and the Black Messiah“) and Leslie Odom Jr. (“One Night in Miami”). Surprise bids tend to occur for films that are being heavily watched by voters, so with “Minari” rising all the way up to third in our Best Picture nomination odds, it should be towards the top of voters’ screener piles.

There are a number of examples of child actors landing Oscar nominations, thanks in part to their films being nominated for Best Picture. Examples over the past 30 years include Quvenzhané Wallis (“Beasts of the Southern Wild”), Hailee Steinfeld (“True Grit”), Saoirse Ronan (“Atonement”), Abigail Breslin (“Little Miss Sunshine”), Haley Joel Osment (“The Sixth Sense”) and Anna Paquin (“The Piano”). If Kim were to be nominated, he would tie Justin Henry from “Kramer vs. Kramer” as the youngest nominated actor ever, at the age of eight. So don’t count him out. The love for “Minari” could go a long way.