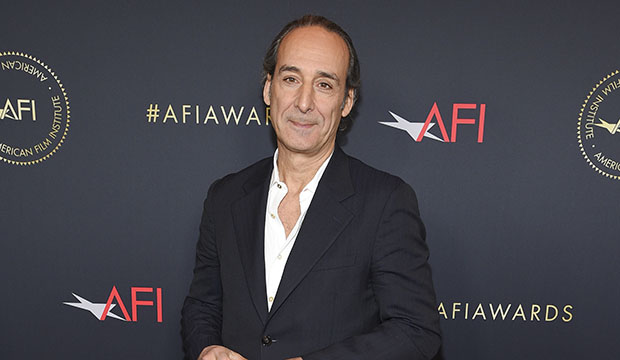 In the Netflix sci-fi drama “The Midnight Sky” Clooney plays a scientist stationed in the Arctic Circle who must venture into the maelstrom to warn a returning spaceship not to land because the Earth has gone through a deadly catastrophe. Desplat’s poignant score just made the academy’s shortlist. He joined Variety’s Jon Burlingame recently to discuss his relationship with Clooney and the effect of COVID on the production.

Desplat enjoys his collaborations with Clooney because he is equally passionate about music. “It’s very deep inside his system” because of his aunt Rosemary Clooney, who was one of the top singers of the latter half of the 20th century. “He spent quite a time around her and her musicians. So, music is something really that moves him. There are not many directors I can think of who that are deeply into the music when they talk about it or listen to it or listen to my music when we are working together. That’s a very special thing about George. He loves cinema and good wine. He’s a gentleman. So, it’s very, very easy to work with even if you work hard.”

Clooney didn’t have any preset notions about what he wanted the music to accomplish. “We discussed mostly about the silence and the characters,” noted the composer. ‘There were no musical references.” Did those silences mean that he had to compose more music? Desplat admitted that at the outset, he wasn’t sure. “I’m always very cautious about writing wall-to-wall scores” because “there’s not that much music in cinema. It’s balanced between dialogue and we are not being intruders. But then it seemed obvious that music had to convey many things.”

These included the silent conversations between Clooney’s Augustine and Iris, a little girl who doesn’t talk that he finds at the evacuated Arctic base as well as “the danger that the crew is encountering on the spaceship. I had to find a link between two faraway places. The music actually helps us going from one story to another linking the emotions and the dangers and connecting these two worlds together.” But he decided not to write music for the opening. “I thought it didn’t need music: the evacuation when all the helicopters and planes leave the Arctic base. For some reason I felt that it would be so noisy anyway that it wouldn’t need music. But actually, it’s because I didn’t know what music to use.”

Though the film was scored by the London Symphony Orchestra, Desplat also used electronics. “It’s blending with the strings,” he explained. “Many times, in these more intimate moments, there’s always some kind texture mixing with the strings. At first, I did have this conversation with George about using an electronic orchestra. He didn’t think it was right because he wanted the music to be not in space. How could I put it? It could have been a Western, it could have been on the sea, it would have been anything on Earth. He didn’t want the music to feel that, oh, we’re in space so we’re using electronics. So, the electronics are there because it creates a great sound that the orchestra cannot produce. That’s why we use them. But they’re never at the foreground, they’re always at the background.”

Desplat, who lives in Paris, could not discuss the film in person with Clooney because of COVID. They had to chat online. “We would definitely talk every day. I would write a cue and send it right away. He’s very, very quick at responding positively or negatively, but giving you an insight and feedback.” Clooney, he added, was not only very patient through the process he was also brave “because he had to trust that I would find my way through the score and the film. This thing was very difficult film for him to direct. It was in very difficult conditions in Iceland with storms and crazy temperatures below zero. So, he was very patient and enthusiastic at what I was sending and sometimes giving me other directions that I would follow. We came up with, I think, at the end a quite good combination despite the fact that we would never be in the same room.”