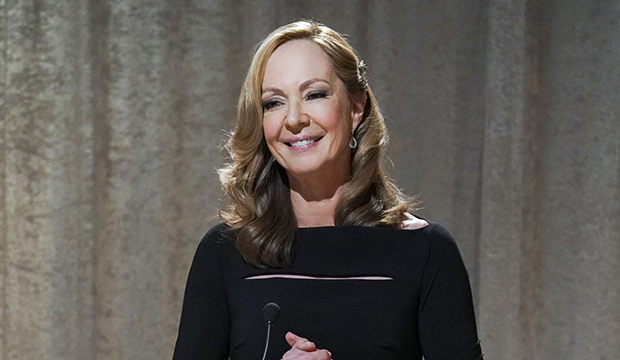 “I think I’ve had every feeling a person could have,” shares Allison Janney’s Bonnie Plunkett in the final moments of the “Mom” series finale, which aired on CBS on May 13. The quiet but powerful last episode certain puts Janney’s character through the emotional ringer, and her gamut-running performance deserves to land the celebrated actress another Emmy nomination for the role come July.

Janney already has two Emmys and three additional nominations for “Mom,” not to mention her five other wins for “The West Wing” and “Masters of Sex.” But the Bonnie Plunkett who earned Janney those victories in 2014 and 2015 looks much different from the one who signed off on the series finale. As Bonnie’s husband Adam (William Fichtner) rightly tells Bonnie in the final episode, “You’re not the same woman I met five years ago.”

The series finale “My Kinda People and the Big To-Do” shows exactly just how much Bonnie has changed over the course of the show’s 170 episodes. The half-hour begins with Bonnie hilariously announcing to her friends at Alcoholics Anonymous that she has devastating news: her new business with Tammy (Kristen Johnston) is paying an exorbitant amount of taxes. Real bad news does await for Bonnie when she gets home from her meeting, though, as Adam reveals to her that he might have lung cancer. It’s an emotional scene in which Janney still manages to find humor, just as she does after Adam’s doctor confirms the diagnosis: Bonnie calmly lays out the “next right thing” for them to do all the while threatening an overly impatient driver behind them with the Louisville slugger in her trunk.

The show’s balance of humor and heart has always been one of its greatest assets, and it is perfectly captured in Bonnie’s final share at AA. Through tears, Bonnie celebrates not just the fact that she never once felt tempted to turn to alcohol or drugs at this time of crisis, but that she’s evolved into a selfless person. Janney is incredibly moving as Bonnie reflects on the person she was eight years ago – full of fear, self-loathing, and shame – especially when she acknowledges that now, “I kinda love me.” Bonnie closes her share by introducing herself as a “grateful alcoholic,” and fans of the show are no doubt grateful for Janney’s touching and always-uproarious performance.

According to our exclusive combined odds, Janney looks likely to return for the farewell nomination, currently sitting in the fifth slot in Comedy Actress behind Kaley Cuoco (“The Flight Attendant”), Tracee Ellis Ross (“Black-ish”), Jean Smart (“Hacks”), and Jane Levy (“Zoey’s Extraordinary Playlist”), and just in front of Maya Erskine (“PEN15”), who rounds out our top six.