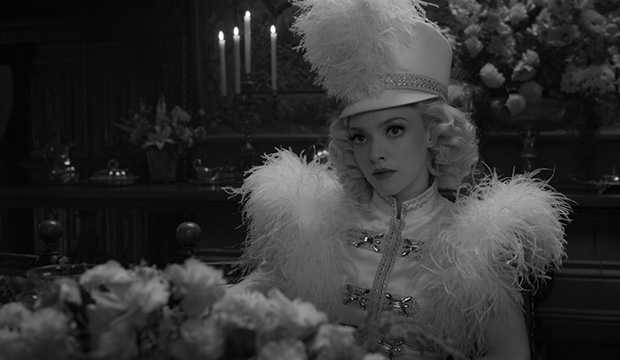 After a long career as a reliable familiar face in genre films, Amanda Seyfried has finally become a major awards contender for her performance in David Fincher’s Hollywood period piece “Mank.” Seyfried, who got her start as one of the mean girls in 2004’s “Mean Girls,” has appeared in everything from rom-coms (“Letters to Juliet”) to musicals (“Mamma Mia!”) to cult horror films (“Jennifer’s Body”), but “Mank” is a major step-up for the actress that earned her her first Oscar nomination.

In the Best Supporting Actress category, Seyfried competes against Glenn Close (“Hillbilly Elegy”), Olivia Colman (“The Father”), Maria Bakalova (“Borat Subsequent Moviefilm”) and Yuh-Jung Youn (“Minari”). Youn and Bakalova are the other first-time nominees, while Close and Colman are Oscar veterans. Colman previously won for Best Actress in 2019, while Close’s eight nominations has her tied with Peter O’Toole for most nominations without a win.

Seyfried portrays the doe-eyed Hollywood starlet Marion Davies, mistress of newspaper tycoon William Randolph Hearst (Charles Dance) and friend of screenwriter Herman J. Mankiewicz (Gary Oldman). Her performance is a mixture of strength and sadness; Seyfried’s Davies is clearly well aware of the realities of her situation, and she cares for Hearst while also knowing she is unable to escape him. In one of the film’s most captivating sequences, Davies takes a walk with Mankiewicz through Hearst’s fantastic estate, and Seyfried holds her own against veteran Oldman in his own nominated performance.

“Mank” is the most nominated film at the Oscars, with 10 in total. Along with Seyfried, Oldman received a nomination for Best Actor and Fincher for Best Director; the other noms are for Best Picture, Best Original Score, Best Sound, Best Cinematography, Best Production Design, Best Costume Design and Best Makeup and Hairstyling. Fincher’s Old Hollywood drama has been a leading awards contender practically since it was announced, so it’s no surprise to see it heavily nominated, and Seyfried is one of the best parts of the film.

The ‘Mank’ star faces strong competition from the other four actresses, each of whom has distinct advantages over Seyfried. Voters may feel Close is finally due her Oscar, while Seyfried will no doubt have more opportunities to win. Youn won at both SAG and BAFTA, so she has awards momentum. Bakalova is the dark horse candidate, coming out of nowhere to deliver one of the most memorable performances of the year. And the red-hot Colman is coming off a win just two years ago.