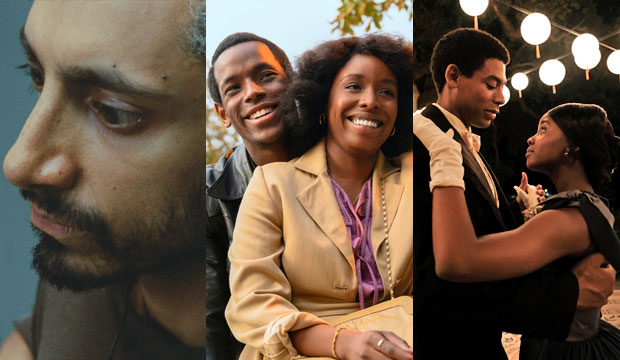 Amazon already has an Oscar track record, though not quite as extensive as Netflix’s. “Manchester by the Sea” (2016) was their breakthrough with its nomination for Best Picture and wins for Best Actor (Casey Affleck) and Best Original Screenplay (Kenneth Lonergan). Now they’re nominated for Best Picture again for “Sound of Metal” (along with a few noms in other categories for “One Night in Miami”).

Best Picture looks like it might be a long shot — it ranks last in our odds, based on the combined predictions of Gold Derby users — but it is favored to win Oscars for Best Film Editing and Best Sound, and it’s almost universally liked (97% fresh on Rotten Tomatoes). With key nominations for acting, writing, and editing and a preferential ballot that rewards consensus appeal, it’s not outside the realm of possibility for it to achieve an upset in the top category.

SEEWill ‘Sound of Metal’ continue the Oscar trend of winning both Film Editing and Sound?

The Emmys might be an easier nut to crack since Amazon has already broken through with wins there. In fact, it beat Netflix to the punch as the first streaming service to win Best Comedy Series — and they did it twice, with “The Marvelous Mrs. Maisel” (2018) and “Fleabag” (2019). Neither of those shows can win again this year — “Maisel” was delayed by the COVID-19 pandemic, and “Fleabag” ended its run — but the streamer has a couple of high-profile limited series with strong pedigrees.

“The Underground Railroad” debuts on May 14, just a couple of weeks before the end of the Emmy eligibility period on May 31, which will keep it fresh in voters’ minds. It’s based on the Pulitzer Prize-winning novel by Colson Whitehead that re-imagines enslaved African-Americans’ path to freedom as a literal railroad, and it’s co-written and directed by “Moonlight” Oscar winner Barry Jenkins.

SEEFor ‘Small Axe,’ movie awards and TV awards could go hand in hand, just like they did for ‘Carlos’ 10 years ago

Meanwhile, the “Small Axe” anthology series, about discrimination against West Indian immigrants in the UK, was so loved by critics when it premiered last fall that the Los Angeles Film Critics Association decided to give the five-film project the award for Best Picture. It was co-written and directed by another Oscar champ, Steve McQueen (“12 Years a Slave”), and actor John Boyega has already won Golden Globe and Critics Choice Awards for his performance in the episode “Red, White and Blue,” so it too has the pedigree of a leading contender.

So far no streaming service has won Best Limited Series, which has been dominated by HBO and FX for the last nine years, but between Amazon’s offerings and “The Queen’s Gambit” on Netflix, there’s a good chance we’ll see another first. But will Amazon get there before Netflix again?