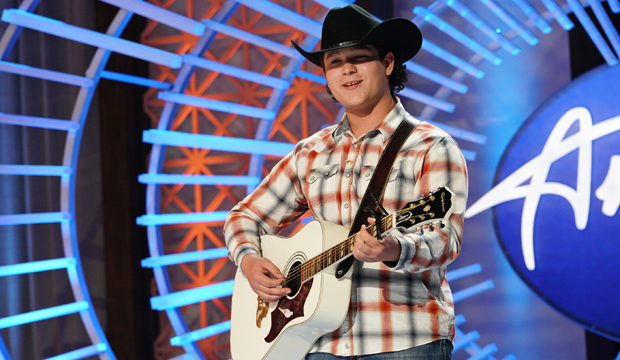 Caleb Kennedy won’t be part of “American Idol” anymore following the surfacing of a racist video in which he is seen sitting next to a man in a white hood. The talented teen was part of the Top 5 slated to perform on Sunday’s show, but withdrew on Wednesday.

The video was posted to Twitter on Tuesday evening, prompting a day of uncertainty as to what would happen. On Wednesday afternoon, Kennedy posted the following message on Instagram: “Hey y’all, this is gonna be a bit of a surprise but I am no longer gonna be on American Idol. There was a video that surfaced on the internet and it displayed actions that were not meant to be taken in that way. I was younger and did not think about the actions, but that’s not an excuse. I wanna say sorry to all my fans and everyone who I have let down. I’ll be taking a little time off social media to better myself, but saying that, I know this has hurt and disappointed a lot of people and made people lose respect for me. I’m so sorry! I pray that I can one day regain your trust in who I am and have your respect! Thank you for supporting me.”

His departure leaves just four contenders still in the running for the season 20 title: Casey Bishop, Chayce Beckham, Grace Kinstler and Willie Spence. Each of them will perform three songs on the May 16 live two-hour show: a song inspired by their personal idol, a duet arranged by guest mentor Finneas, and their winner’s single.

Scroll through the photo gallery below to find out more about the Top 4 and then cast your vote for pick to be the “American Idol” season 19 winner in our poll below. And be sure to sound off in the comments section as to your choice for champ.