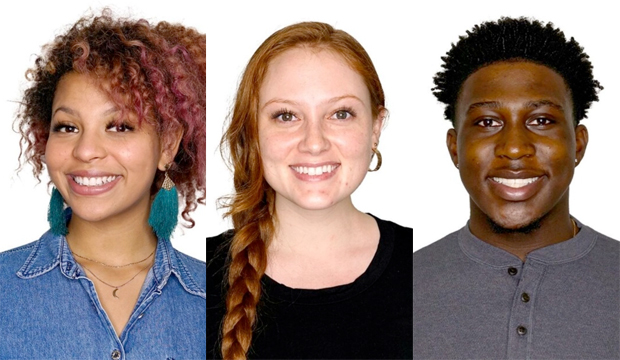 For fans of Alyssa Wray, Cassandra Coleman and Deshawn Goncalves, Sunday’s episode of “American Idol” was a gut-punch. These three talented singers were eliminated during the Top 10 Disney episode, leaving only the Top 7 still in the competition. Despite their strong performances, Alyssa, Cassandra and Deshawn were sent home by America’s live coast-to-coast voting. Did viewers make a mistake? If so, which “American Idol” eliminated singer was most robbed of a shot of making it into next week’s Coldplay-inspired episode? Vote in our poll below.

SEE‘American Idol’: How to vote for your favorite Top 10 artist of Season 19

Alyssa Wray, 18 years old from Perryville, Kentucky, originally chose “I Am Changing” by “Idol’s” Jennifer Hudson as her audition song. After Hollywood Week, she took on “I’m Here” (showstopper round), “Something in the Water” (Top 24 solo), “I’m Your Baby Tonight” (Top 24 duet with Katharine McPhee), “Killing Me Softly with His Song” (Top 16 week),”The Greatest Love of All” (Top 12 live reveal), “This Is Me” (Oscar week) and “A Dream Is a Wish Your Heart Makes” (Disney week).

Deshawn Goncalves, 27 years old from Cleveland, Ohio, decided on “Everything Must Change” as the audition song that introduced himself to America. After earning a golden ticket to Hollywood, he later took on the following tunes: “Over the Rainbow” (showstopper round), “Forever Young” (Top 24 solo), “I Lived” (Top 24 duet with Ryan Tedder), “Feeling Good” (Top 16 week), “Higher Ground” (Top 12 live reveal), “The Way We Were” (Oscar week) and “When You Wish Upon a Star” (Disney week).

With only seven contestants still in the running to join the “American Idol” winners list, let’s take a look at their most recent odds to win:

Which eliminated singer was robbed on ‘American Idol’?