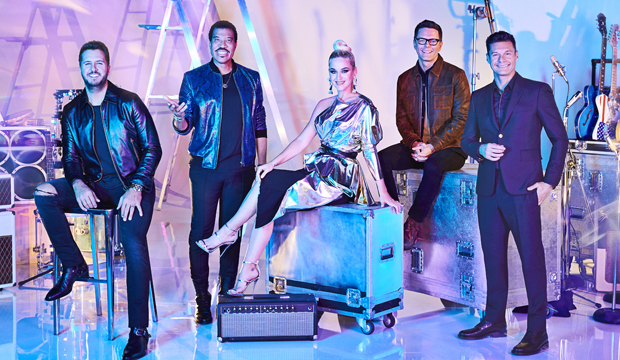 “American Idol” kicked off season 4 on ABC on February 28. Night 3, which airs February 28, features another dozen artists hoping to win over the three judges: Luke Bryan, Katy Perry and Lionel Richie. Each is hoping to number among the 150 contestants who make it to the next stage: Hollywood Week. At the end of those seven days, only 40 will make the cut.

Below, follow along with all the action in our live blog of the Night 3 Season 19 episode of “American Idol.”

8:02 p.m. – Tonight’s first audition was from “small town Texan boy” Cecil Ray with “Talkin’ Tennessee.” Luke was completely taken with Cecil, calling him “absolute perfection,” but concerned with his over-movement while singing. Katy gave him advice to do “grounding” in the morning in order to control his energy. With all those tips in his pockets, Cecil left the room as someone the judges will be watching when he hits the stage in Hollywood.

8:11 p.m. – The Sharpe Family Singers opened up for the daughter of the family, Samantha Sharpe who performed “Titanium” on her own for her chance to become a solo artist. Surrounded by her family she earned a yes to Hollywood, so I guess her little brothers will just have to try out themselves in a few years.

8:13 p.m. – As a singer that’s only done a few open mic sessions, Graham DeFranco was nervous to be in a room “with three superstars.” His guy-and-guitar rendition of “Part One” seemed to move Katy, but she grilled him about why he hasn’t committed to music as a career. Lionel told him he has a gift and Luke told him he has one of the most listenable voices they’ve heard. Despite him not having his own confidence, all three judges gave him a yes vote of confidence. As it turns out, being in a room with the three judges wasn’t what he needed to be nervous about because that was nothing compared to pumping himself up in a bathroom mirror next to Ryan Seacrest!

8:23 p.m. – Tom McGorvern sang an original song about his mom, auditioning, and with some name-drops of the judges. It was a silly song that Katy thought wasn’t competitive enough for the show, but told him to keep working on his jingles.

8:25 p.m. – Next up was Mary Jo Young whose only experience singing for people is via social media–she hasn’t even performed for her mom! For her first in-person performance ever Mary Jo sang “You Broke Me First” and for her second the judges had her sing in front of her mom for the first time. Luke pointed out that she “steps on the gas” with her choruses and Lionel liked the idea of watching her grow through the show. And as he gave her the third yes, Luke predicted that she’d make it to the top 10.

8:39 p.m. – Xavier Washington, Dzaki and Celeste Butler all first auditioned via online submission before coming to sing in front of the judges. Each of them advanced to Hollywood as example of how the Idol Across America initiative to reach everyone all over the country was producing some of the best talent possible.

8:41 p.m. – Prior to coming to the show, Christian McGuckian was in a car accident that inspired her to live every day to the fullest and finally give her dream of making music a shot. Ryan had to help her enter the room because she was consumed so fully by nerves, and that showed in her vocal of “Girl Crush.” Luke said that she has “magic country” in her voice, but allowing everything around her to get in the way meant that she has work to do in order to be ready.

8:51 p.m. – To help her feel more comfortable, all three of the judges got up and walked around her while she sang. The exercise loosened her up a bit, but there was still significant coaching about timing and attitude that Katy had to do with her through the song. Lionel stressed that she stood take this experience forward with her and while it looked like they might be headed toward a no, all three of them gave her a yes!

8:59 p.m. – Olyasdream entranced the judges with her audition featuring an instrument new to them, but they weren’t willing to send her through without a strong enough vocal.

9:01 p.m. – Someone that did give the judges what they wanted to hear in a voice was Alanis Sophia. Alanis sang “Anyone” into a toy Idol microphone that she had since was little, inciting an “aww” from Katy when she raised it to her lips. Deeper into the song, Katy was gasping with shock at the “confidence” and “pure” aspects of her voice. Once again the judges brought the mom in to hear as they gave her a unanimously voted trip to Hollywood.

9:13 p.m. – Coming from a big family in an underprivileged household, there wasn’t much opportunity for Mias to realize his dreams. Based on his audition to “Simple Man,” Katy thought that he was missing something in his performance. Lionel said there’s a quality of his voice that he likes, but he and Luke both thought he hasn’t quite honed it to the place it needs to be for the competition. Though it was a no from the judges, Lionel made it clear that they’d like to see him come back after some more work.

9:25 p.m. – Timmy Skelly sang with his mom Jacqueline in his audition of “My Funny Valentine,” but only he advanced to Hollywood. He was followed by Erika Perry whose number one goal was to find her soulmate. The judges’ number one goal upon meeting her was to figure out why she kept calling herself E.T. It was no surprise when she sang Katy’s song “E.T.” for her audition, but her pronunciation of the words was so unclear that even Katy couldn’t understand her. Lionel wasn’t sure if it was her genuine style or if it was a gimmick.

9:34 p.m. – In order to test that, they had her sing again without the guitar and with Katy coaching her through enunciation. After the second audition, Katy immediately broken Erika down by saying that she puts it all on because of insecurity and with a yes vote said that there’s enough there to show promise. Luke gave her a no, leaving it to Lionel who said he “doesn’t get it,” but he supported her with a second yes to advance!

9:39 p.m. – In order for Hunter Metts to move forward in auditions this year his sister who works for Disney had to quit her job. In the past it’s been a conflict of interest with him being on the show and so his audition to “All the Pretty Girls” carried with it the weight of his sister’s sacrifice. Both Katy and Luke told him they think he’s top 10 material and with his sister in the room, Lionel clinched his trip to Hollywood with a third yes.

9:49 p.m. – The final audition of the night came from Ronda Felton, just as the judges were about losing their minds with their kazoos. After some emotional words of encouragement from her mom, Rhonda sang “One Night Only” for a floored set of judges. Lionel was in tears, Katy’s eyes were glued to Ronda and Luke was looking at the other two as if he couldn’t believe what he was hearing. After Luke gave her a third yes, Ronda immediately ran out to bring her mom in so that they could all tell her that her daughter’s going to Hollywood!

9:57 p.m. – In a fitting end to an episode full of moms, Ronda, her mom and Lionel all led the room in a performance of “Zoom” by Commodores, a song written by Lionel. He was still very touched by his experience with Ronda, so she’s definitely one to watch.

NEXT WEEK: More initial auditions and emotional stories from the would-be idols. 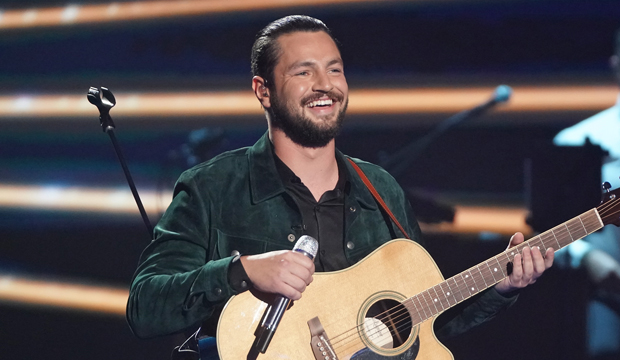