“American Idol” kicked off season 4 on ABC on February 28. Night 4, which airs March 7, features another lucky 13 artists hoping to win over the three judges: Luke Bryan, Katy Perry and Lionel Richie. Each is hoping to number among the 150 contestants who make it to the next stage: Hollywood Week. At the end of those seven days, only 40 will make the cut.

8:06 p.m. — Tonight’s first audition is from a New Yorker who was inspired by Season 16 finalist Gabby Barrett. Laila Mach is 15 years old and is accompanying herself on piano as she sings an original song she describes as an “angrier” version of Barrett’s “I Hope.” The song is one of a scorned lover who hopes the worst for her boyfriend, but interestingly, Laila doesn’t sound country at all. I sort of like her lyrics of rage as she fantasizes about her ex driving off a bridge. Lionel gives her songwriting props and Katy she has exactly what it takes to go far in this competition. Laila is headed to Hollywood!

8:10 p.m. — Next up is 27-year old Re’H, a soldier in the US Army National Guard who is a lead vocalist in their vocal group. She seems sweet and buttoned up, but as soon as it’s time for her to sing she sneaks off to do an outfit change. She returns in a short, sexy disco skirt and her persona completely flips as she belts out “Bad Girls” by Donna Summer. I loved this transformation, but her voice is just okay if we’re comparing her to a vocalist of Summer’s caliber. Regardless, the judges salute Re’H and hand the soldier her golden ticket!

8:20 p.m. — Next up is 16-year old Michael Gerow, a pianist who is singing an original song after an obnoxious dog and pony show from the judges (who went on and on about Alabama vs. Georgia football). Their rant wasn’t funny and lasted too long, but Michael is finally singing. He’s got a bid of an Ed Sheeran vibe and Katy can’t help but smile as he performs. Lionel loves the vulnerability in Michael’s voice and Katy calls him an “exceptional singer” with swag. Michael is off to Hollywood!

8:30 p.m. — Cameron McGhar is a 16-year old from Alabama and she’s auditioning next with a rendition of “Girl Crush.” Cameron’s mother became addicted to drugs shortly after the aspiring pop star was born so she’s been living with her grandma since she was just a toddler. To bring her out of her shell, Cameron’s grandma enlisted her in pageants, which is where she began singing at a young age. To put it nicely, she sounds like a pageant singer. It’s actually a little painful to listen to. The tempo is too slow and she has zero emotional connection. Lionel called it uncomfortable and Luke says it’s not natural. She tries again with “You Ain’t Woman Enough” and Katy lets her know she has potential, but the judges had to pull it out of her. Lionel has some sense and gives her a “no,” but Katy and Luke roll the dice and give her a golden ticket.

8:40 p.m. — Next up is Beane, a 23-year old wedding singer from Boston who was inspired by his grandma, who led the church music program when he was growing up. He’s singing “Wait for the Moment” and he has a really good voice, but he’s acting through it as if he’s in a Broadway show. It’s a little awkward, but the judges are smiling and the guy can sing. Lionel calls him a modern-day Mr. Rogers, but says he’s not sure it works for “American Idol.” Luke calls him infectious, but agrees with Lionel. Katy feels the men on either side of her ready to pull the plug on Beane, so she interjects and calls him a ball of sunshine who has something very special. She tells the singer to play to his strong suits and think about the stage he’s on. She gives him a “yes,” Luke gives him a “no” and Lionel decides to put him through to Hollywood.

8:50 p.m. — The next artist in front of the judges is 27-year old Anthony Key, a boyband-inspired singer who is already giving me anxiety for how bad I think he’s about to embarrass himself. He’s singing “Dynamite” and confirms my worst fears as he misses every note while dancing in his golden shoes. Katy loves his personality (and he’s definitely fun) but the guy has no chops. The judges reject him and give him false hope that he could become a choreographer before sending home emptyhanded.

9:00 p.m. — Next is Ash Ruder, a 21-year old singer/songwriter who has penned a song for her father on his birthday. He has no idea she wrote a song for him and is a bit surprised. Ash begins strumming her guitar and lays out a song depicting her fathers addictions and life story, quickly bringing everyone to tears. It was an emotional tribute and Lionel loved the performance. Katy says it was beautiful to witness a healing in front of them and the judges give her a golden ticket on the eve of the songstress’ birthday.

9:05 p.m. — The second hour kicks off with a very excited 24-year old named Cheryl K. She’s a ball of energy and a die-hard Lionel fan. It’s her dream to sing “Endless Love” with the legend and her dream comes true when Lionel says, “Let’s do it!” It was a nice moment, but I don’t think Cheryl really got to show off her full voice. Not really interested in hearing more, the judges give her a “no” and crush her dreams, but at least she got to sing with her idol!

9:10 p.m. — Next up is a 20-year old Canadian named Heather Russell who is hoping to make an impact on the American stage by singing Katy’s own song, “Harleys in Hawaii.” She sits at the piano and impresses the panel with her tricky runs and pop sensibilities. She has a really big range with a naturally high register, almost like Jessie J. Luke tells her to make sure she looks at her audience and to tone down the tricks, but thinks her voice is very “listenable.” Lionel doesn’t love singers who run all over a song, but he has never heard a voice with such control. Katy says Heather has the best voice in the world, she just has to learn how to use it. They’re excited to give her a golden ticket and see how much she grows.

9:25 p.m. — Next up is a 16-year old country singer from a small town in South Carolina. Caleb Kennedy is a humble, soft-spoken cowboy who is singing his own original song, “Nowhere.” He’s got a gritty, gravely voice that instantly gets an eyebrow raise from Luke. The judges love this kid and he admits he lacks confidence and thinks of himself as more of a songwriter than a singer. Katy says he’s something “really special” and Lionel says he’s mastered a “storyteller’s voice.” It’s a big YES for Caleb heading to Hollywood.

9:40 p.m. — Abby Lebaron originally auditioned in her basement for “Idol Across America,” and will now perform for the judges with “All I Want.” The 19-year old from Utah has a soft, beautiful tone and actually SOUNDS better than most I’ve heard tonight. She gets a little screechy in her upper register, but she’s got a great head voice and natural tone. Katy tells Abby to work on believing in herself and Luke says she gave him chill bumps. Abby is heading to Hollywood!

9:50 p.m. — The next artist has an absolutely fascinating persona. As soon as he enters the room, there’s something captivating and intellectual about Murphy, an interesting man who had a tough childhood. He was born with no vision in his left eye and was often made fun of for his disability. When he was a young boy he found his mother dead on the floor and his father became a heroine and alcohol addict until he finally died as well. Murphy busks around the country and finally begins singing “Just the Two of Us,” showing off pretty incredible guitar skills. He’s by far the best audition I’ve heard today, but Katy thinks he’s close to being “something cool” but he’s not quite there. I thought he was pretty damn cool. Lionel says he needs to shed some layers of “mystique” so Murphy sings another song he wrote himself, “The Painted Man.” This guy is fantastic! Following that, Luke still hesitates and says he will “give him a shot.” This has to be an act on the judges’ part; I can’t believe they’re not fawning all over this guy. Katy actually gives him a “no,” saying he’s a novelty act. Lionel pushes him forward and calls him an “interesting experiment.” I predict Murphy will be in the finale.

9:59 p.m. — The final artist tonight is Alyssa Wray, an 18-year old from a small town in Kentucky. She’s a 6’2 Black woman who says she’s always stood out in a crowd. When she was younger being “different” felt like a disadvantage but now she sees it as her super power. The judges are immediately struck by her presence and are excited to hear her sing “I Am Changing.” She’s got that diva voice they’ve been looking for and as she belts out the big notes, Katy stands at attention and Lionel waves his hands in the air before he begins pacing. Alyssa has a big voice and Lionel says, “I’m so happy!” The judges all think Alyssa is about to become a massive star and hand over her golden ticket to Hollywood! And that’s a wrap for tonight.

'American Idol' Judges Rankings: All 14 From Worst to Best 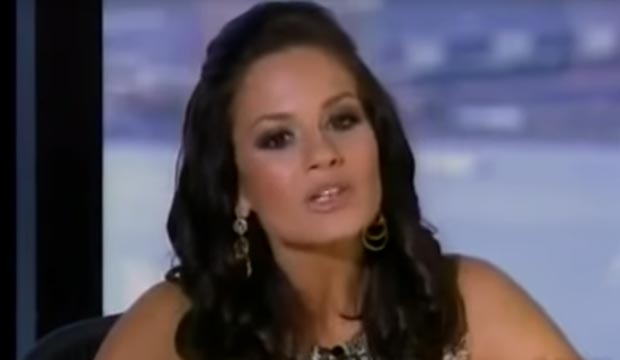