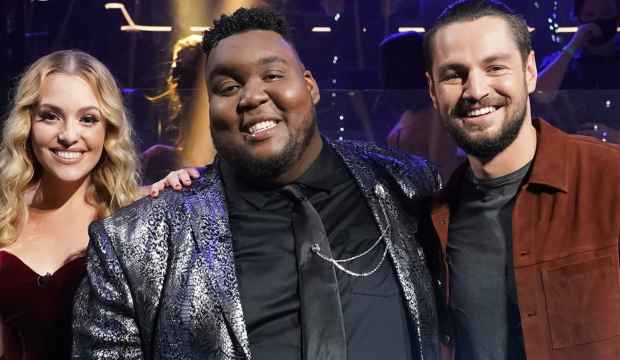 Sunday’s “American Idol” finale is shaping up to be a battle between Chayce Beckham and Grace Kinstler with Willie Spence waiting in the wings as a potential spoiler. Who do you want to see win on May 23? Vote in our poll below and then sound off in the comments section about your “American Idol” season 19 predictions.

Before last Sunday’s semifinal, Grace had enjoyed a huge lead in our poll, earning more votes than her competitors combined. Then a fan favorite, Casey Bishop, was eliminated at the end of the two-hour show that aired live nationwide. Since that surprise elimination of Casey, Chayce has picked up most of her support. That gives him the edge heading into the season 19 final on May 23.

As of this writing, Chayce has 41% of your votes, Grace has 31% and Willie, who was the early frontrunner, is right behind at 28%. Any of this trio of talent could win season 19 on Sunday. Vote for your favorite in our poll below and then sound off in the comments section.

On the semifinal, the Top 4 sang four songs each: a tribute to their personal idol; a reprise; a duet produced by guest mentor Finneas; and their winner’s single. Take a look at the Top 3 songs from the semis and then vote in our poll as to who you think will win season 19 this Sunday. And be sure to sound off in our comments section with your thoughts on the season so far.

Grace Kinstler
Personal Idol: “A Moment Like This” by Kelly Clarkson
Reprise: “Father”
Duet (with Willie): “What They Say About Us”
Winner’s Single: “Love Someone”

Willie Spence
Personal Idol: “Glory” by John Legend and Common
Reprise: “I Was Here”
Duet (with Grace): “What They Say About Us”
Winner’s Single: “Never Be Alone”