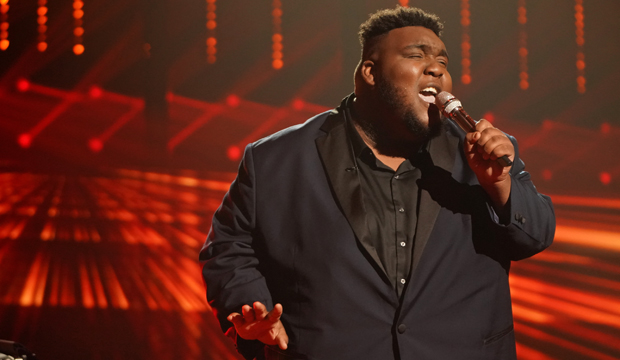 “I do this for me, but not only for me,” said “American Idol” semifinalist Willie Spence at his audition in San Diego. “I do this for my family.” The 21-year old caretaker from Douglas, Georgia earned his spot on the ABC reality TV competition by singing “Diamonds” for judges Katy Perry, Lionel Richie and Luke Bryan. On Sunday, May 16 Spence will compete against Casey Bishop, Chayce Beckham and Grace Kinstler for a spot in the Season 19 finale.

Each artist will sing three songs on this upcoming episode including a brand new single produced just for them. Spence’s original track is “Never Be Alone,” a sweeping ballad produced by Grammy winner Tricky Stewart. The soulful balladeer who grew up singing in church will also perform the Oscar-winning song “Glory” and a duet with Kinstler from guest mentor FINNEAS, “What They’ll Say About Us.”

If Spence takes the Season 19 title he will become the first Black male winner since Ruben Studdard in 2003. The “velvet teddy bear” defeated Clay Aiken in Season 2, but no other Black man has even made the finale since then. On the judging panel, Perry said Spence’s voice “stops people in their tracks.” Richie added the young artist is “an undeniable star” and Bryan asserted that for Spence, a “Grammy is attainable.”