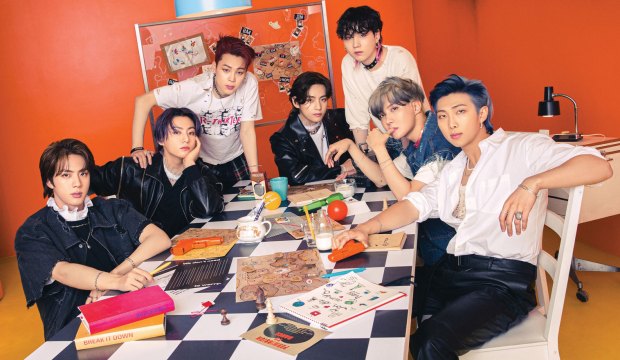 The 2021 American Music Awards are right around the corner on Sunday, November 21. At last, let’s look at the nominees for the four general categories, including Artist of the Year, and see if we can correctly predict who is going to be making AMA history.

Artist of the Year

A lot of heavy-hitters are nominated for Artist of the Year. Taylor Swift, who not only holds the record for the most wins in this category but is also the most awarded artist in AMA history, is nominated this year with a good chance of winning. Not only has Swift won this category six times, but she’s only lost once. But luckily for BTS, the one time Swift did lose, she was competing against One Direction. So there is a precedent of a boy band winning over Swift, despite her strong showing every year.

As such, I’m expecting BTS to pull off a victory here, not only because of their massive fan base, but because Swift might be hurt by the presence of fellow female pop stars with big fan bases like Ariana Grande and especially her protege Olivia Rodrigo. That said, yet another Swift win here would not be a surprise. As for the rest of the nominees … sometimes it’s really an honor just to be nominated.

As I do every time a new artist category comes up (and intend to keep on doing throughout this awards season), I will predict Olivia Rodrigo. At this rate, it would be completely bonkers if Rodrigo didn’t win; she’s not only the biggest star in the lineup, but she’s also the most nominated artist this year and is nominated for the all-inclusive Artist of the Year award. Female pop artists also have a solid track record here, with Camila Cabello, Billie Eilish, and Doja Cat taking home the award in the past three years.

Plus, Rodrigo already beat The Kid LAROI, 24kGoldn, and Giveon for Best New Artist at the also-fan-voted MTV Video Music Awards a few months ago. Rounding out this AMA category is Masked Wolf, who isn’t precisely her biggest competitor. The only case in which Olivia Rodrigo could lose is if Justin Bieber fans rally behind The Kid LAROI since they’re good friends and collaborators on multiple tracks (including the chart-topping “Stay”). That said, you might be deluding yourself if you’re predicting anyone else; it’d be a huge upset if Rodrigo somehow loses here.

SEEBest BTS songs, ranked: Counting down their 21 greatest hits from ‘No More Dream’ to ‘My Universe’

This category is a bit more up in the air. All of the nominated artists could prevail, with all of them being previous AMA winners (with the exception of newcomer Rodrigo, obviously). All of them also have strong fan bases, and all these songs were number-one hits, so you can’t really use popularity as a factor here either. Lil Nas X’s “Montero (Call Me by Your Name),” though, is the buzziest music video of the season, having won three VMAs including the coveted Best Direction and Video of the Year, as well as the MTV Europe Music Award for Best Video.

However, one might argue that Lil Nas X could be behind here due to being a less established artist than a few of the heavy hitters here (Cardi B with “Up,” The Weeknd with “Save Your Tears,” and Bruno Mars of Silk Sonic with “Leave the Door Open”), or not appealing to the AMAs audience as much as someone like Olivia Rodrigo probably does. Still, I’m an optimist, so I’ll hope for Nas X’s acclaimed video to pull a win here, even though my head tells me it’ll probably go to Rodrigo’s “Drivers License.”

Collaboration of the Year

Doja Cat/SZA (“Kiss Me More”) and Justin Bieber/Daniel Caesar/Giveon (“Peaches”) will likely battle it out for the win here. “Peaches” might seem like a safer bet, since Bieber is such an AMA favorite, having 18 awards under his belt. But “Kiss Me More” is more recent and Doja Cat in particular has amassed a huge following, not to mention she and SZA are the only women nominated. “Kiss Me More” also beat “Peaches” at the VMAs, which are fan-voted as well, so it could repeat here.